Man Rescued After Falling From Ferry 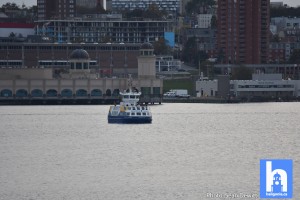 At 5:30 p.m. Halifax Regional Police received several 911 calls reporting that a man had fallen into the Halifax harbour from the Vincent Coleman ferry. The ferry was travelling from Halifax to the Alderney Landing Ferry terminal in Dartmouth at the time and was approximately half way across when the man fell over a railing. Ferry Operators immediately stopped the vessel to make a rescue attempt. 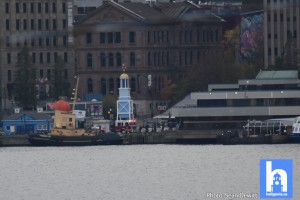 The 31-year-old male was quickly rescued by the Ferry Engineer and other staff by using a life net. He was brought back onto the vessel and transported to the Alderney Landing ferry terminal in Dartmouth for a medical assessment.

No significant injuries were sustained. The circumstances surrounding how the male ended up in the water are still under investigation, however at this time it is believed that alcohol may have been a factor.