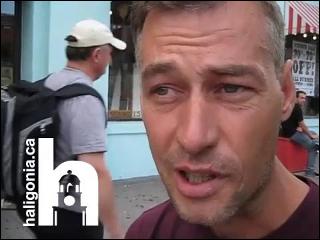 A Halifax man says he won't be using Casino taxi again after an incident earlier this month. Paul Laybolt and his husband flagged down a cab on Gottigen Street after a night out. Laybolt says on the way, he and his husband shared a kiss.

At that moment, Laybolt says the cabbie stopped suddenly and told the couple to get out. Shocked, they did, and ended up walking home. Laybolt complained to Casino and received an apology, but says it's an unfortunate reminder that homophobia still exists. The manager at Casino, Brian Herman, says he wasn't able to find out who the driver was because Laybolt didn't have enough information to give him. Herman says he can't even know for certain it was a Casino taxi driver.

Video: Man Says He Was Asked To Leave Taxi After Kiss
https://haligonia.ca/man-says-he-was-asked-to-leave-taxi-after-kiss-24252/