At 10:17 pm last night, members of the Halifax Regional Police responded to a stabbing at the 900 block of McLean Street in Halifax. Upon arrival, police learned that the suspect drove the victim to the hospital. Officers attended the QE2 Health Science Centre and arrested the suspect. The victim, a 23 year old male from Halifax, was treated for non life threatening injuries and released. The 20 year old accused will be attending court on July 28th to face charges of Aggravated Assault and, Assault With a Weapon. 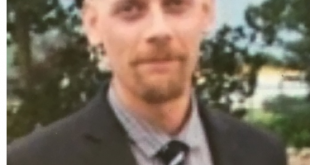