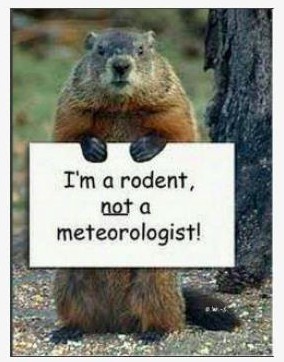 The winter of 2016-17 has had some wild weather swings, and March did not disappoint.  While there were some brief Spring-like days, winter weather prevailed.  Temperatures were on average at least 1 to 2C below normal.  Snowfalls were near normal in New Brunswick, but storms passing to the south and east resulted in above normal snowfalls in Nova Scotia and Prince Edward Island.  In fact, Sydney and Halifax had more than double the normal snowfall totals. 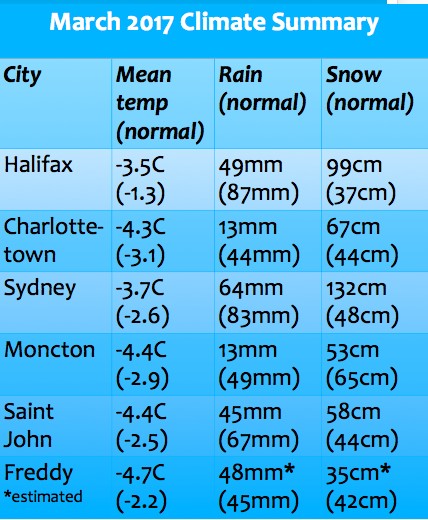 We all remember the winter of 2015; snow totals this winter are surpassing those from 2014-15 in Halifax.  There is more snow expected the first week of April.  I’ll total the winter numbers for other sites in my April summary. 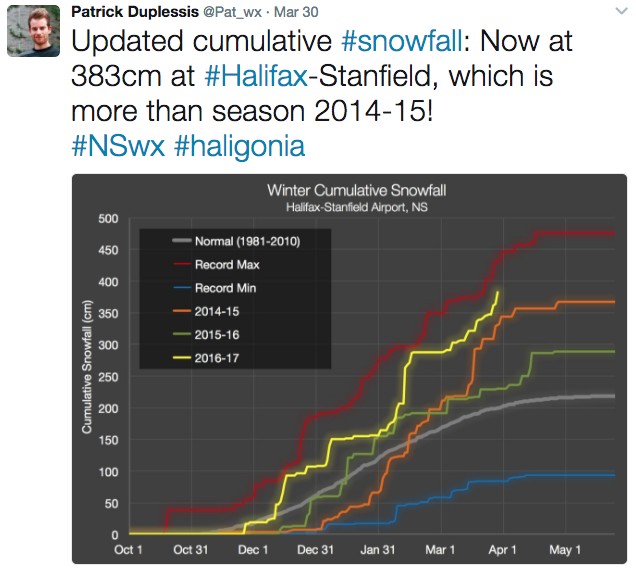 Yes, there will be more snow in April.  A snowstorm affecting parts of New England this morning (Saturday) will pass south of Nova Scotia on Sunday. There is a consensus that it will pass far enough south to only give most areas a light dusting tonight and Sunday. Parts of Nova Scotia may see 5cm in total, with the extreme southwest perhaps reaching 10cm.  This storm will not spare Newfoundland, with heavy snow and strong winds expected. 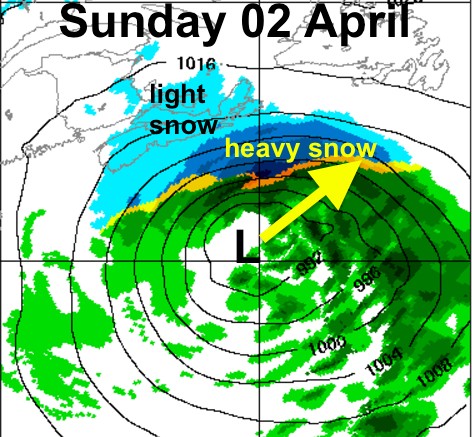 On Tuesday, another system is forecast to pass to our south.  However, there is likely heavier precipitation from this system late Tuesday into Wednesday.  Stay tuned. 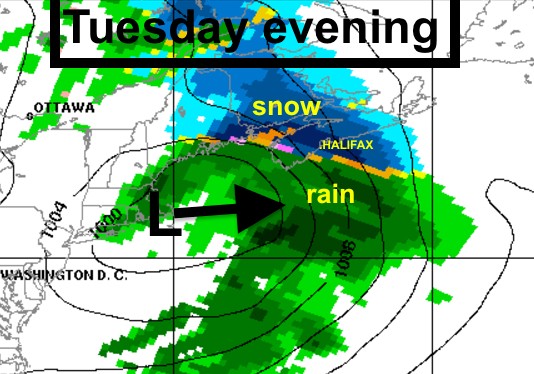 Looking ahead, the long range models are not suggesting any trend towards cold nor warm weather.  Therefore, the best we can expect is normal temperatures with some swings in the conditions continuing. We need the snow on the ground to disappear and the patchy sea ice in the Gulf to melt, so the strong April sun can start helping us out. 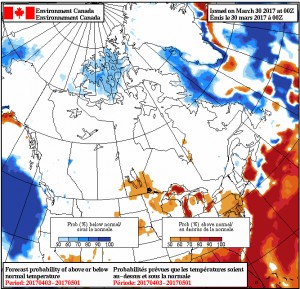