Marriage: It’s Yours to Define

This is my first blog post I have ever written and published, and I am thrilled that I get to write about my marriage to my loving husband Bryn (pronounced “Brian”). When we first met in 2011, I was denying who I truly was and I was very much afraid of what the people in my life that I loved would think of me if I came out of the closet and if they would remain in my life.

Bryn was there for me at every step in the coming out process and helped me realize that I had to do what was best for me and my own personal happiness, no one else’s. When I finally came to terms with my sexuality and I had to break up with my then girlfriend of 7 years, Bryn was there to provide me with the support I needed. When I finally worked up the courage to tell my parents, he was there to comfort me and provide much needed encouragement when their initial response was less than supportive. Fewer than 6 months after meeting Bryn and going through the most drastic changes of my life with him by my side every step of the way, I knew that I wanted him to be by my side for the rest of life. He felt the same way, and on August 11, 2011 we proposed to each other under a large tree overlooking a pond in the middle of Central Park in New York City. 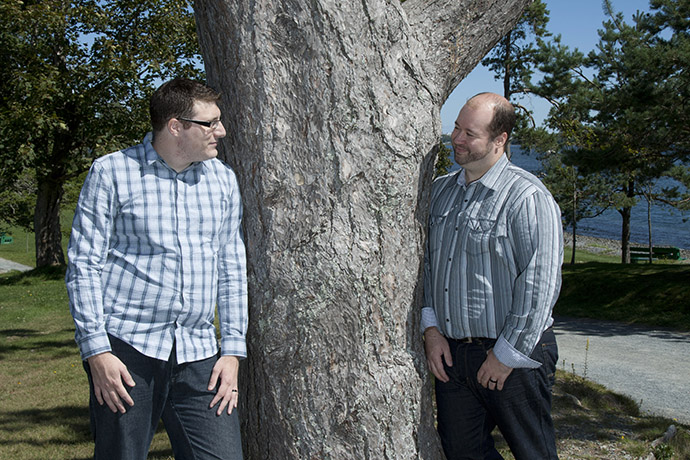 With two years between the proposal and the wedding, we spent that time becoming even closer and further strengthening our relationship. My parents and extended family started coming around and accepting me for who I was and recognizing my relationship with Bryn. We adopted two cats, Ryerson from the SPCA and Quinton from a local rescue group. In the spring of 2012, Bryn decided he wanted to try to make a big difference in the community we were living in and ran for election in the Halifax Regional Municipality Council Election to represent Dartmouth Centre. The strain that an election campaign can put on a relationship, especially a relatively new one like ours, is intense. Adding to that stress, I lost my job with the federal government after 3 years due to cutbacks in the middle of his campaign. It was tough, but I supported Bryn and encouraged him to finish what he started. Giving up at that point was not an option. Bryn didn’t win the election, but he gained valuable experiences and we proved our relationship was strong. So strong in fact, we decided to begin the process of becoming fathers and applied to the Nova Scotia Department of Community Services to begin the long adoption approval process. 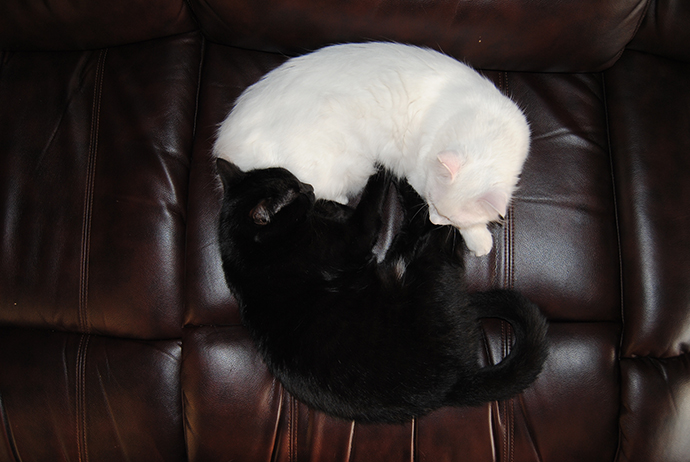 Exactly two years after our proposals on August 11, 2013, Bryn and I were married. We did everything our own way and never let tradition dictate how our wedding day would be planned. The venue for the ceremony and reception was a marina. We arrived together in our own vehicle. Holding hands, we walked down the aisle together. We had our favourite quotes and literature about love and relationships read during our ceremony. We each wrote our own vows and promised each other that the only ones who would define our marriage and our relationship are us, no one else. 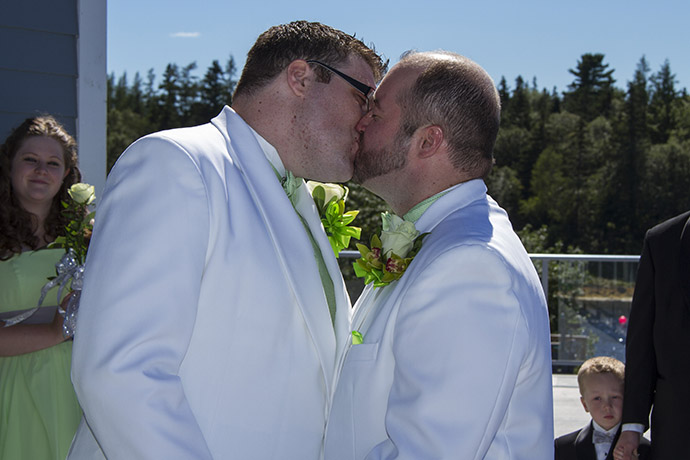 This is why I absolutely love my marriage, because only we define our marriage. My husband and I have the freedom to rewrite the rules of what a marriage should look like. We don’t have to mold our relationship to what society says it should be. We have given ourselves the freedom to change the rules as we go, as we see fit for our relationship and our family. From household chores, to making important decisions, to the boundaries we apply to our relationship. I believe that a lot of this freedom is possible because of the absence of the traditional gender roles and gender norms normally imposed by society and our personal experiences growing up.

Growing up, I had always viewed marriage as a rigid structure with pre-defined roles with vast amounts of restrictions. Through my experiences as a child, I saw marriage as something that brought a man and a woman together under one house to be parents to their children. The man worked, the woman stayed home. If something around the house needed to be fixed, that was his responsibility. The daily household chores and cooking were her responsibility. She was the emotional one, he was the disciplinarian. I felt this way because that was the kind of marital structure I was exposed to as a child through my own parent’s, through friend’s parents, and through what was portrayed in media. Everywhere I looked, society told me this was how it was with little exception. Looking back on it now, it’s no wonder I was in the closet until I was 23 and close to asking a woman to marry me. That’s what I felt was expected of me.

Being in a relationship with someone who is the same sex means we have little choice but to discuss and talk about everything that comes up in our relationship. There are no default answers to be assumed by either of us. There are no preconceived gender roles for either of us to fill. Because of this, we are able to adapt very quickly when we are faced with challenges or changes. For example, after living together for almost 4 years, we know which household chores we each like doing, and which ones we don’t. We each do the jobs we like, and take turns doing the jobs we both don’t like. Although we have our preferences for certain tasks around the house, neither of us solely own those chores. There is never a time either of us would say to the other “I can’t do that, that’s your job.” When something needs to be done, we are flexible enough to say to each other “I got it” when needed.

I believe the unconditional support we give each other, and the flexibility we give our relationship will result in a long, happy marriage for the both of us. If I had to give someone advice about how to best ensure a relationship remains strong over time, I would offer this: 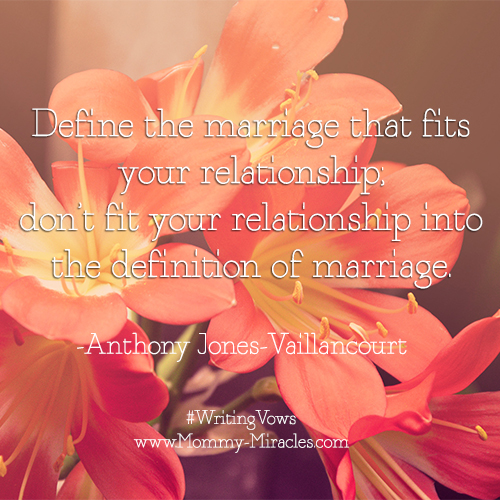 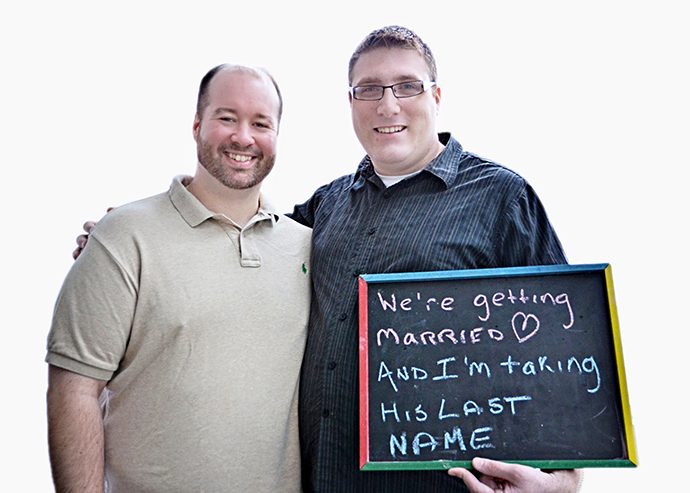 The post Marriage: It’s Yours to Define appeared first on Mommy Miracles.