Home / Archives / With Bite / Martinis with a Purpose! 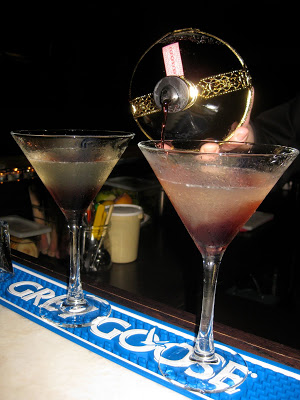 Martinis with a Purpose!

Share
I recently went for drinks with a member of the Autism Golf Ball Planning Committee at Onyx. We were there to try one of the three delicious martinis being featured as part of the Drink, Vote & Win! contest. RCR Hospitality, who is a great supporter of the Autism Society and one of the sponsors of the Autism Golf Ball taking place on October 16th at the Cunard Center, has put together a menu of three different martinis at three of their properties and customers can vote for their favourite!
The last day to vote is September 19th, and the winning drink will be announced during the Martini Contest Taste-Off event at Onyx on September 28th. At just $40 a ticket, the evening’s festivities will include samples of all three martinis along with yummy appetizers and entertainment. Tickets for the Taste-Off can be purchased at the door and all proceeds retained will benefit the Autism Society.
The three featured martinis are the Thrill Ride, Ring My Bell and Hole in One. I had the opportunity to try all three; the Hole in One goes down dangerously quickly, while the Thrill Ride was a delicious sipper!
Thrill Ride

Onyx’s Thrill Ride
A sophisticated cocktail composed of Citrus Vodka topped off w/
Prosecco and a floating shot of Chambord
The Victory Arms’ Ring My Bell
A refreshing mix of Vanilla Vodka, Pineapple juice and lime
CUT’s Hole in One
A flavourful smorgasbord in a glass with Vanilla Vodka, Coconut Rum, Super Cassis & Pineapple and Cranberry Juices.
Ring My Bell (r) & Hole in One (l) 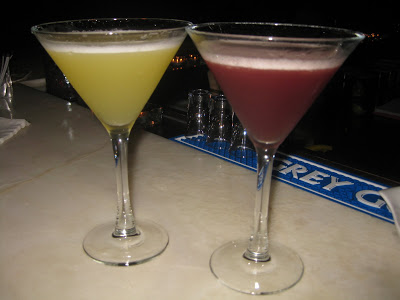 For more information on the Autism Society’s Annual Golf Ball or for the Martini Taste-Off, contact Renee Fournier at fournier@eastlink.ca, or visit the website: www.autismgolfball.com