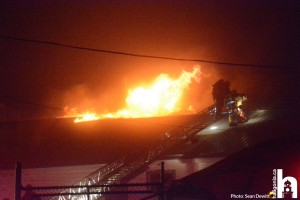 A fire that started Wednesday night in Eastern Passage brought a heavy Halifax Fire response with it,  but the stubborn blaze was aided with wind gusts,  ultimately destroying the Capital Seafood plant. 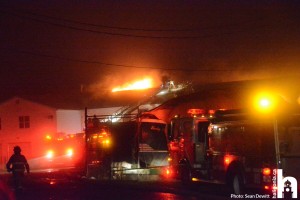 A day later,  fire crews were still tackling hot spots in the rubble while Fire Investigations try to piece together the cause of a fire so large,  residents from all around gathered around the area in awe. 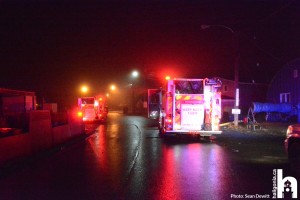 During the fire,  electrical wires snapped,  popped and hissed,  adding more drama to the already incredible situation.   RCMP kept a perimeter and EHS were kept in staging in case of any injuries.   No injuries were reported however. 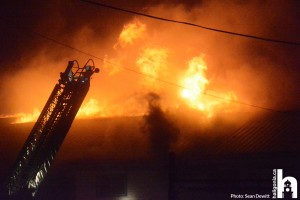 To add to the devastation,  this plant plays a key role in the local lobster fishery which is due to begin soon. 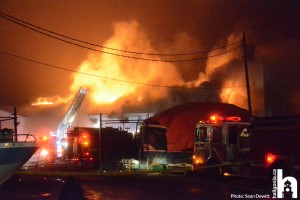 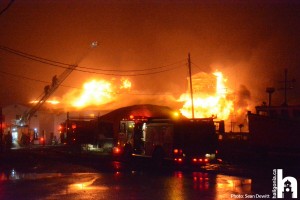 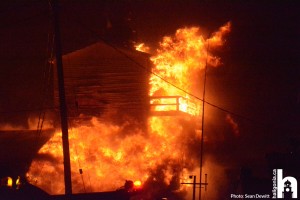 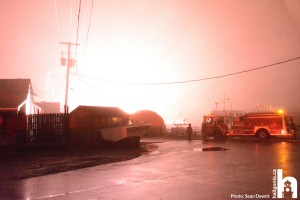 (Popping power lines and transformers added to the drama.  NSP were called to cut power to the area) 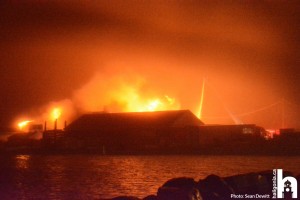 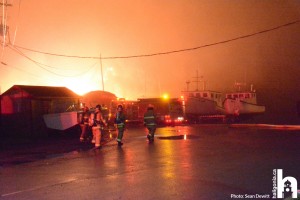 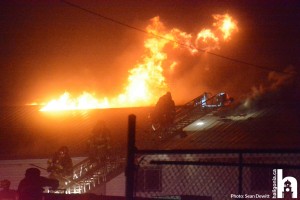 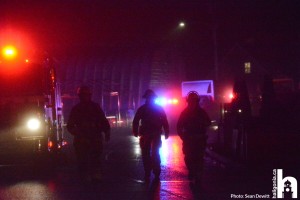 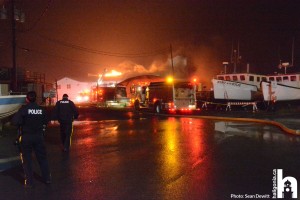 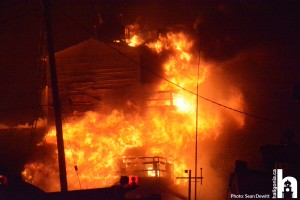 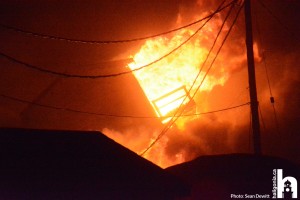 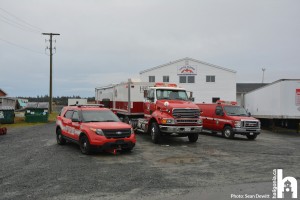 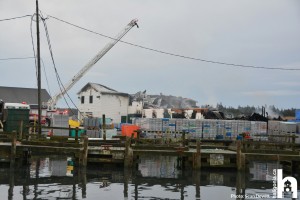 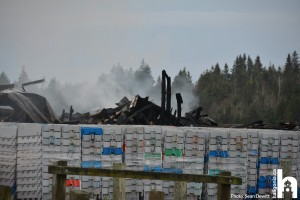 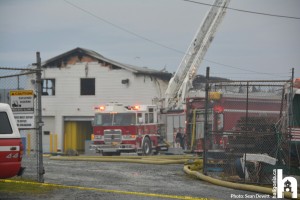 Partial demolition and flare-up in the afternoon 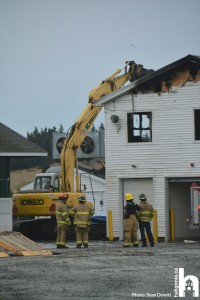 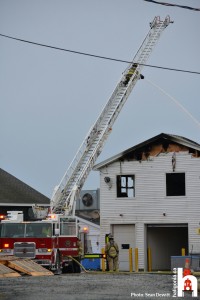 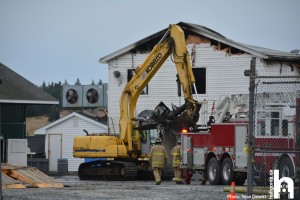 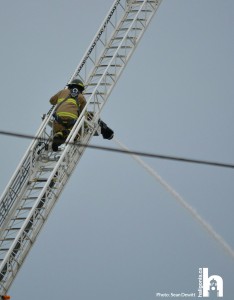