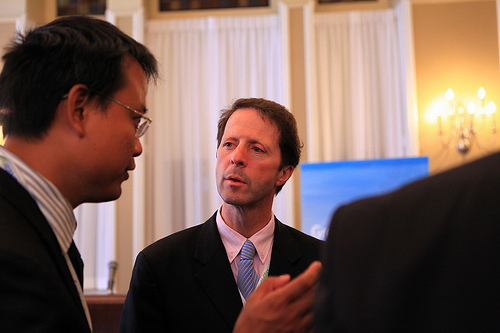 (November 29, 2011) Halifax – Mayor Peter Kelly today called on Council and HRM
staff to change the way business is conducted so that in-camera meetings become the
exception, rather than the rule.
“As elected officials, we are responsible to residents and they are, quite rightly,
demanding more openness, transparency and accountability in government,” Mayor
Kelly said. “We need to make changes to the way we oversee the public’s business
and, as Mayor, it is my responsibility to bring this forward.”
The Mayor said he has made it clear to senior City Hall officials that he wants the
process overhauled so that all items appear on the regular agenda, instead of some
being routed automatically to in-camera.
“I want to avoid in-camera issues, except by motion of Council,” he said. “The onus is
on us, as elected officials, to hold frank and open discussion as much as possible.”
He added that Council needs to deal with as much business as possible out in the open,
unless there is hard evidence that to do so will cause harm to the municipality.
“Only under exceptional circumstances should we consider going in-camera,” he noted.
Mayor Kelly said anything involving critical issues, for example union contract
negotiations or security matters, could be dealt with by confidential staff reports which
would be released, once the matter has been concluded.
“Public debate is the very air that democracy breaths,” said Mayor Kelly. “We must
open our windows as wide as possible to achieve that kind of ventilation.”
Source: Release

Speaking to Rick Howe on News 95.7, Councillor Sue Uteck didn't mince words in her response to the release, here:

Sue Uteck reacts to the Mayor's release on secrecy by jenncasey

Shortly after, Mayor Kelly phoned into the Rick Howe Show and had this to say: