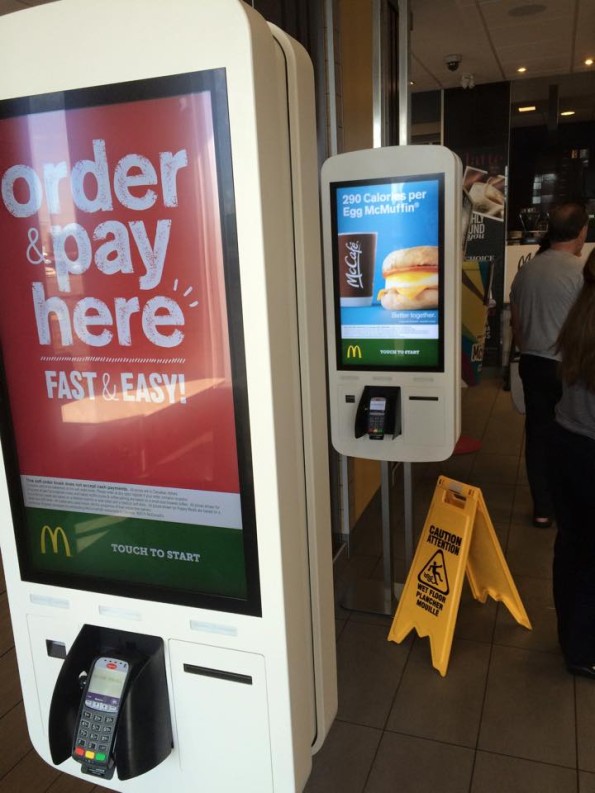 McDonalds on Larry Uteck installed a few ordering kiosks, press the screen, choose your items, pay with plastic and then wait for your number to come up on the screen.

They also had a sandwich board as you walk in saying now hiring.

Irving is building a gas station on Hammonds Plains by the BMO Centre, maybe this one will go up quicker than the ESSO.

Cafe by Michel, which took over for Coffee Culture earlier this year has been closed for a few days with a sign that says “Closed Until Further Notice”

Construction is going fast for Rocky Mountain Chocolate Factory who are moving from Halifax Shopping Centre to part of the old HMV on Spring Garden.