We had a chance to  briefly talk to singer  Emily Haines of Metric about their “Art of Doubt” tour, and their time in Halifax. 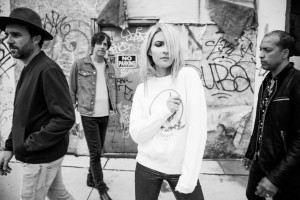 On May 2nd, the Scotiabank Center was filled with high energy as Metric took to the stage during their Canadian leg of the “Art of Doubt” tour.  The band, who has been in Halifax on many tours in the past, enjoy their time here and find Halifax a great place to experience (a bit more on that later)

The tour, featuring July Talk (who always brings their story-telling style show to life) began in Europe and moved to the US and ended in Canada.   Singer Emily Haines says that Canada, and especially Halifax, is always an exciting and fun part of their tours.

Opening act July Talk entertained the crowd with their story telling style of music.  With moon themed props and audience participation, the band pounded out many of their familiar tunes and introduced several new songs.  They encouraged their fans to stay positive, have fun, and to be kind to one another between songs and through their messages in their music.

Metric took the stage to a very energized audience, and their show was a top notch performance including outstanding light shows, The band went through past and present memories and experiences with the audience.  Growth, change and how the good and the bad shapes us all as individuals mixed through their music and messages to the crowd between songs encouraged a intimate experience for the audience.  Metric went back in time with some of their popular classic songs and also broke out new music to the eager crowd. 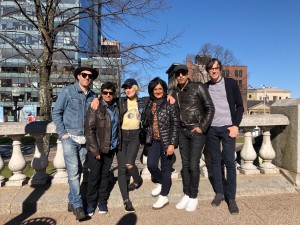 While in Halifax during this tour, several lucky fans won, through Air Miles STAGE PASS, a unique and exciting chance to do a local food tour and experience a few local eats and drinks, including sea food and ciders, with the band.   During previous tours in Halifax, singer Emily Haines has even taken to karaoke.   Enjoying the sights and sounds of the Maritimes, the band receives a great reception right back from fans of the band.

Emily says that the bands success in writing new music is highly involved and committed by all members of Metric in bringing the bands message to the fans.  Seven albums in (and 2 solos for Emily) means staying focused on their fans and not losing track of their goal of producing great music and entertaining their fans through their music.  We look forward to seeing them again on future tours!