If you follow me on Twitter or know me in real life or read this post, you’re probably wholly aware of my hate-on for Metro Transit. My anger usually percolates on poor weather days. And, believe me, we’ve had plenty of those this summer. 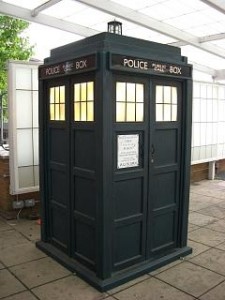 My recent complaint is with a route that shall be henceforward referred to as UNFASHIONABLY EARLY. For those of you who are unfamiliar with using the so-called “services” of Metro Transit, they include this thing called GoTime. It’s a posted phone number at each stop that allows you to call an automated voice who tells you in—what I’m beginning to think is—a snide tone when your bus is supposed to arrive. Lately I’ve been foiled by the only partial integration of an actual GPS system that’s been years in the making. Apparently, when The Voice tells you a bus “will depart” vs. “is scheduled to depart” the former means the GPS is tracking said bus and the latter means the posted time (read: schedule).

That’s frustrating enough because I’ve left work thinking I would get to the stop on time but the bus manages to get there early and leave me behind in the dust or, more aptly, the torrential rain. The early bus arrival is really the point of this post because, barring being a Time Lord, there’s nothing I can do to prevent this from happening. Believe me, a TARDIS would be my preferred method of transportation in this city. Far more reliable even if it gets me to my destination in the wrong year.

In any case, the bus I often take in the morning only runs a few times a day: twice in the morning, twice in the evening. I take the second (and last) bus of the morning. Said bus is frequently UNFASHIONABLY EARLY. I had enough the other day when it arrived at the stop fully six minutes before The Voice said it was supposed to be there. So I wrote what Cokebaby calls one of my “crackpot letters” to Metro Transit to lodge my complaint.

Here’s the response I got:

“I reviewed the situation and unfortunately the [UNFASHIONABLY EARLY bus] does not have a scheduled time point for your stop. To explain this if we look at the Riders Guide you will see the bus is scheduled to leave Stop [SUBURBIA] at 7:39 AM scheduled to arrive at Stop [URBAN SPRAWL] for 8:01 AM. Arrival at any stops in between these two time points depends on how many passengers the Operator has to pick up and drop off along the way. It may be the case that on average the bus arrives at 7:50 AM but in cases when there are fewer pick up’s and drop off’s then the bus may be there earlier at 7:44 AM.”

Excuse me? Pardon my French but WTF is GoTime then? No, really, I’m not even being tongue and cheek here. What is the effing point of GoTime if it’s just an imaginary time? Also, what other stops in the city aren’t “scheduled” ones and how do I find this information out if not through GoTime?

You can be sure that I’ve sent a response back. It includes the word “archaic” because I find it hard to believe that we’re living in 2011 and they can’t even get an automated voice to lie to me properly.