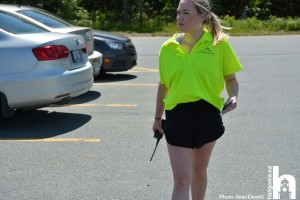 Last weekend, Mic Mac Mall launched another season of the popular Pet Patrol program to the delight of those concerned for the health and well being of animals.

Pet Patrol is a program that brings a crew of people into the parking lots of the mall from Thursdays to Sundays during the summer, who keep an eye on parked vehicles at the mall that may have pets left behind.  As cars with animals left inside can become dangerously hot in a very short period of time, even with the windows “cracked open” a bit, the health of an animal left inside the vehicle can begin to show signs of heat fatigue very quickly.  The Pet Patrol was created to patrol the parking lots and be the first line of defense for these animals. 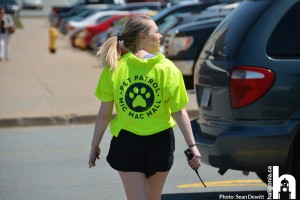 They are armed with a radio with direct communications to mall security, and a procedure for what to do if an animal is found is taught to the patrollers.  Three codes are used for situations where an animal may be found.  The codes reflect the severity of a situation, from a Code White where an animal is found alone but is not showing any distress or immediate environmental risk (ie:  Windows all down, car in shade etc) to a more serious Code Red where an animal is in immediate distress and danger.  For all codes, security / mall will be notified.  For the lesser severity, the vehicle will be checked on a regular basis for any changes, and for the more serious incidents security will immediately become involved and, if need be, HRP will be contacted.  Vehicle owners will be paged frequently as the situation is dealt with accordingly. 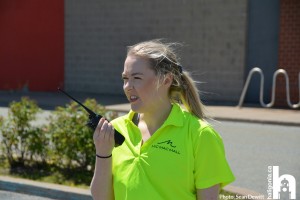 Signs to remind people to leave their pets at home are on all main doors and through areas of the mall as a friendly reminder that our animals should not be a part of the mall experience.  It also reminds others to be mindful of maybe seeing animals in other cars and reporting them.  Our patrol today started with a concerned motorist seeing the Pet Patrol and stopping to let her know that they thought they heard a dog in the area.  A urgent search was underway, but happily no dog was found and no sign of a dog.  But the tip was appreciated, and a search that results in nothing found was better than no info given and an animal being trapped in the heat, possibly ending in tragedy.

Although Pet Patrol are a Thursday to Sunday patrol, the rest of the week mall security handles all pet situations.  Members of the public can report concerns to mall staff or security directly if they see something that concerns them.  Having details about where the vehicle with the pet was seen, a plate and make and the specific concern they have will help both the Pet Patrol as well as mall security and staff. 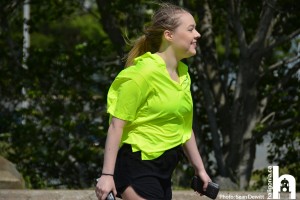 Halifax Police have already responded to several calls throughout Halifax in regards to pets being locked in hot cars, with one response ending with a near $700 ticket for the owner of the dog.  Fines and possible charges, as well as cost of damages that a motorist may have to cover should windows be smashed out to save a pet in distress are all possible punishments, and the obvious distress of losing a pet or having unexpected veterinary expenses as a result of the event,  however it is important to note that citizens are asked to call police (or mall security at the mall) instead of taking matters into their own hands, as charges or a private lawsuit could be launched against the person who damages a vehicle to save an animal without intervention of proper authorities.

This program has been shown to be very popular and support for the Pet Patrols are openly shown by other shoppers enjoying the mall.  Several people gave a thank you to the patrol on duty, and it was obvious that other patrons took notice of the Pet Patrol presence.  The members of the Pet Patrol are all passionate about their duties and patrons can be assured to see their bright shirts roaming the lots out of genuine concern for our furry friends.

Public awareness is becoming more obvious over the years.  More complaints are made to Mic Mac Mall and the Pet Patrol, as well as police calls made concerning animals in potential dangerous situations.  Mic Mac Mall has shown tremendous concern with the continuation of the Pet Patrol. 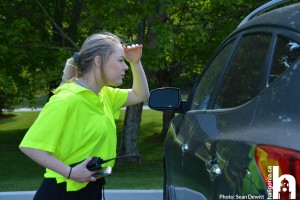