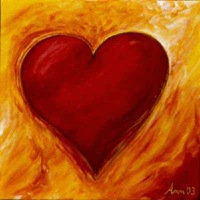 The other day in the lunch room at work a bunch of female co-workers were talking about married life and the complexities of being over 30 and single. Go out and meet people is usually the advise you get, then they rattle off a list of all the places they think single people meet.

And maybe they do, I just never have. On that list are things like the grocery store at midnight (yeah, as if I’m going shopping at midnight for food or anything else for that matter). The gym, church, social clubs and community volunteering are also on that list as well as mixed views and judgments about online dating sites.

When I’ve gone to a gym, the last thing I think of when I’m hot, sweaty and puffing away is flirting at some random guy and trying to give them a ‘come hither look,’ unless that would get me a neck massage without having to make polite, meaningless conversation first. Mmmmmmm. Then again, maybe not.

Meeting people when you’re over 45 can be hard when you’re going through what I call “middle-aged adolescent shyness.” If you’re me, telling someone that you’re shy in certain areas of your life doesn’t just produce disbelieving polite laughter. It produces table hitting, side splitting gwaffs and roll on the floor gales of laughter. At least it did for me in the lunch room last week.

I can understand the skepticism when I tell someone I know, that I’m shy right now when it comes to personal situations.  If I’m at a conference with more than 200 women, I have no problems standing up and telling the room that we’re obviously doing everything wrong since it’s the 21st century and we’re still not providing childcare and that I’m tired of the “same shit different decade,” in having to point out this obvious fact. At business events, going around and introducing myself to complete strangers and finding out what they do and how they do it doesn’t faze me even a little and I don’t get freaked out if someone suddenly asks me to speak a few words during a workshop without giving me any  warning. I’m definitely not shy about voicing my opinion.

Going to a singles social event on the other hand makes me want to break out in hives. I know I’m not alone, over the past couple of years I’ve talked to a number of single, professional women are  over 40 who feel the same way. They are attractive, intelligent, competent, secure and powerful women and yet many of them are going through the same thing I am. Which is weird, because since I was a teenager and until I hit about 40 going out on my own and meeting new people was never an issue. Dinner, dancing, nightclubs, parties or social events. If I wanted to go out, I went. Just because my friends were busy or didn’t want to go out didn’t mean I had to stay home.

I’ve been trying to figure out why the attack of shyness, something I haven’t  dealt with since I was a teenager. The only thing I could come up with is that at some point the accumulation of life’s ups and downs, of falling in love and falling out again and all the other experiences that go with a life fully lived, suddenly hits critical mass and the fallout has to go somewhere. For me, it’s reverting to the feelings of when I was fifteen and sixteen and too shy to talk to guys I liked. I hate that hot, red,  flushed feeling that creeps up my neck and into my hairline and the fine bead of sweat on the forehead and lower lip that happens when I blush. I’m just awfully glad that I’m dark skinned and the ferociousness of my blushes are a little muted but not as I hoped totally camouflaged, last week someone pointed out that I was blushing.

So, what to do. Use the same strategy that got me through my teens, confront my fears since I hate giving into them. A couple of weeks ago I decided to go to a professionals social mixer and dance. It was hell getting there. I agonized for hours about going, about what to wear, about dealing with the fact I would probably be the only single woman who showed up there single which I was (most women go to single events in packs of two and more). I agonized and agonized to near panic attack mode and went anyway.

It was a nice, low key night. At one point during the night I counted 25 women and only 6 men. The women formed an interesting and eclectic group, we introduced ourselves to each other, pushed some tables together talked, had a few drinks and wondered if the men had been too afraid to show-up. Maybe they’re going through middle-aged shyness as well.