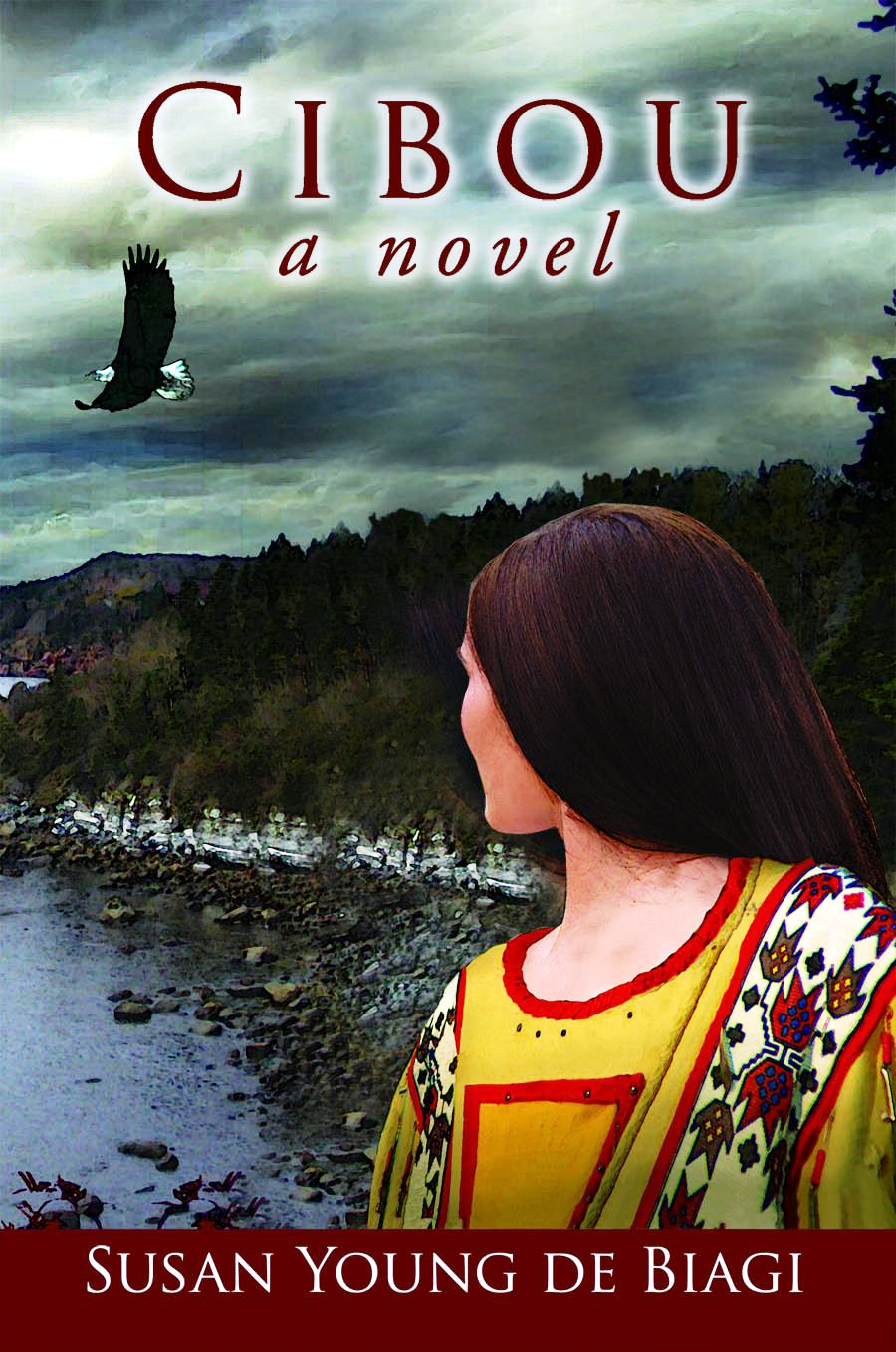 October is Mi’kmaq History Month, a time to pause and reflect on the first people of Nova Scotia, the Mi’kmaq. There was a wonderful pow-wow on the Halifax Commons this summer. That may have been many people’s first look at native craft, culture and song. The Mi’kmaq were not the only aboriginal representatives at the pow-pow. There were natives from all over Canada and the United States.

In this blog post I want to focus on fictional accounts of the Mi’kmaq, so here are some examples:

Cibou: a novel by Cape Breton author, Susan Young de Biagi was short listed for two Atlantic Book Awards. The well researched novel is set in the 17th century in Mi’kma’ki terrority. It is told through the eyes of a young Mi’kmaq woman, Marie-Ange whose native name is Apukji’j (mouse). The interaction with earlier Europeans, especially two of Cape Breton’s most colourful historical figures: Jesuit missionary Antonie Daniel and his brother Charles play a large part of the novel.

The Mi’kmaq Anthology, edited by Rita Joe and Lesley Choyce. For those who wish to dip their toes (eyes) in the well of Mik’maq literature, this is a wonderful introduction to works featuring both young and older writers. This anthology introduces the reader to varied works of history, culture, spirituality, traditional stories and poetry.

The World Above: a novel by Kent Stetson. With all the books coming out as a result of the Da Vinci Code it is no surprise that another Templar book should arrive. The surprising element to this novel is that it involves the Mi’kmaq. In 1398, Prince Henry Sinclair of Scotland accompanies Eugainia St. Clair Delacroix, the 17 year old living Holy Grail, to the New World. They are in search of the well of Baphomet and the Stone Grail. Arriving in Nova Scotia, they meet The People and its future chief, Mimkitawo’qu’sk. Mimkitawo’qu’sk and Eugainia leave their friends and family behind as they quest to find the Grail.

The Purification Ceremony by Mark T. Sullivan is a suspense novel set in British Columbia. Diana Jackman ,who is part native, learned to live and move freely with nature as a child. She becomes involved with a group of eight hunters to track a record book whitetail deer. As the hunters track their prey, little do they know that they themselves have become the prey.

So whether you are native or not here is a chance to discover a new world. There are also lots of non-fiction books to be had if you want to delve into the real world of the Mi’kmaqs.