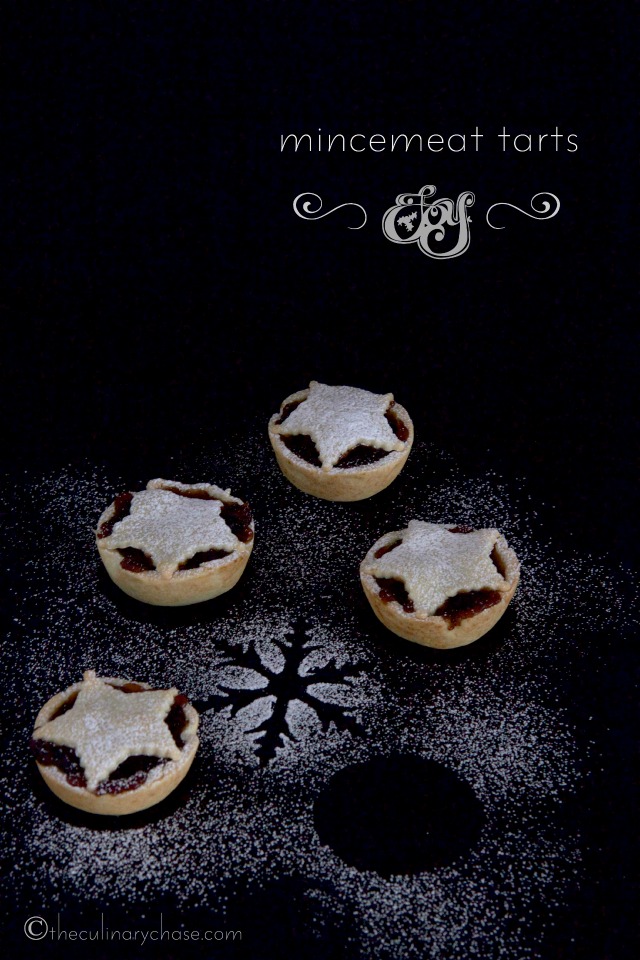 Everyone has their traditional list of sweets to enjoy over the Christmas season.  Mine is loosely based on the Victorian era with some tried and tested recipes that have been handed down to me.

Mince pie originally contained minced meat (usually a combination of chopped meats), suet (beef fat), dried fruits, and spices.  Mom used to make her own mincemeat.  It seems odd that something with meat could taste sweet.  These days, one can easily find commercial jars of mincemeat, however, you’ll be hard pressed to find any with meat in it.  As far back as the 16th century, mince pies were considered part of a traditional British Christmas.  Rich, sticky, fruited filling all wrapped up in pastry.  So how does something like mincemeat from the 16th century still find its way in modern society?  Tradition, dear reader.  Each generation passes on recipes and we all have our cherished favorites.  As my son and daughter, now in their own homes, eat their way through the Christmas season, I wonder what traditions they will carry on.

Preheat oven to 375f. Roll out pastry to 1/4-inch thick.  Use a 3 1/2-inch round biscuit cutter to cut out 12 circles.  If you have a star cookie cutter, cut out 12 for the tart tops.  Gently place rounds into a muffin tin and place in the refrigerator for 20 minutes.  Remove from fridge and fill each shell with mincemeat.  Place stars on top.  Bake 15 to 20 minutes or until pastry is golden brown.  Remove from oven, place on a wire rack, and allow to cool.

The Culinary Chase’s Note: My mincemeat tarts are a cinch to make and are the perfect size to munch on.  As much as I like homemade, buying a commercial jar of mincemeat saves time and money. When removing the tarts from the oven, run a knife around the edges of the pastry to make sure they didn’t stick to the muffin tin.  The tarts will keep well for up to 7 days if in an airtight container.  Enjoy!

The post Mincemeat Tarts appeared first on The Culinary Chase.