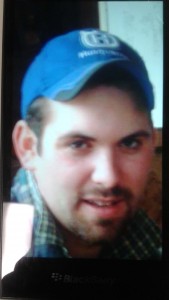 Robert Cashin, who was reported missing yesterday, has been located and is safe.

Guysborough District RCMP is asking for the public’s help to locate a missing 31-year-old.

Robert Cashin was last seen at his home in Port Felix on February 15. He is white, approximately five-foot-ten and 195 pounds. He has a brush cut, a brown beard and brown eyes. He was last seen wearing rubber boots, pea-green plaid coveralls and a green plaid jacket. Robert’s family are concerned for his well-being.

RCMP is asking anyone with information to contact Guysborough District RCMP at 902-533-3801. Should callers wish to remain anonymous, they can call Nova Scotia Crime Stoppers at 1-800-222-TIPS (8477), text TIP202 +your message to CRIMES (274637) or by secure online tips at www.crimestoppers.ns.ca.