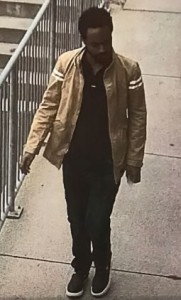 Police are seeking the public’s assistance in locating a 28-year-old man who went missing in Halifax.

Gebregziabher was last seen on June 17th around 1:30 p.m. in the south end of Halifax.​ He is described as a man with dark complexion, short hair and a beard.​ He is 5’8”-5’10” tall with an average build.​ He was last seen wearing a beige jacket with white stripes and logos on the back, a dark shirt and dark pants.

There is no information to suggest that Gebregziabher has met with foul play; however, police are concerned for his well-being.​ Investigators are asking thatGebregziabher or anyone with information on his whereabouts call Halifax Regional Police at 902-490-5020.