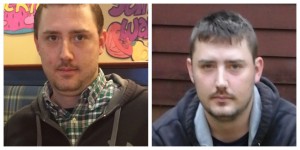 The Halifax man reported missing on June 12, 2018 has been located. Police would like to thank the public and media for the assistance.

Bradley Joseph Barnes was last seen on April 28 in the 2100 block of Barrington Street in Halifax. His family reported him missing on June 7. Bradley is described as a white man, 5’11” and approximately 160 lbs. Bradley has brown hair and brown eyes and had a beard when he was last seen.