Update: The 42-year-old man who was reported missing from Stewiacke earlier today​ has been located and is safe. 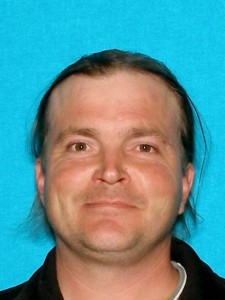 Edward Kenneth Castle, 42, of Stewiacke,​ has not been seen​ since December 3 and police and his family are concerned for his safety.

Castle is known to not be in contact for two to three days at a time however he has not checked in with his usual contacts in Indian Brook and Weymouth, and is not answering his cell phone. Edward Castle is described as white, 5-foot-4 and 165 pounds. He has long brown hair which he wears in a ponytail and green eyes. His face is clean-shaven and he was wearing a brown and camouflage fleece jacket, jeans, and work boots with yellow on the soles when he was last seen. He has “Nancy” tattooed on his neck.

Anyone with information on the whereabouts of Edward Castle is asked to contact Colchester District RCMP in Stewiacke at 902-639-2366. Should you wish to remain anonymous, please call Nova Scotia Crime Stoppers toll free at 1-800-222-TIPS(8477), submit a secure web tip at www.crimestoppers.ns.ca, or use the P3 Tips App