The 67-year-old man who was reported missing from Lower Sackville on January 22 has been located and is safe. 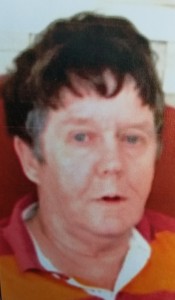 Halifax District RCMP is asking for assistance from the public to locate 67-year-old Gerard McDougall. McDougall was last seen on​ Cobequid Rd. at approximately 12:30 p.m. today and he has not been seen since.

McDougall is described as a white male, 5-foot-7 with a medium build, with brown hair and blue eyes. He was wearing a blue plaid flannel jacket and athletic shoes and he was traveling on foot. He sometimes takes Metro Transit, and sometimes​ frequents locations where he can be in the woods or close to water.

Anyone with information on the whereabouts of Gerard McDougall is asked to contact Halifax District RCMP at 902-490-5020. Should you wish to remain anonymous, call Nova Scotia Crime Stoppers toll free at 1-800-222-TIPS (8477), submit a secure web tip at www.crimestoppers.ns.ca, or use the P3 Tips App.​ ​