Update: The 75-year-old man who was reported missing in Lawrencetown on September 18 has been located and is safe. The original news release mentioned that he may be with his Beagle. The beagle was not located during this search.

In order to locate the man, Halifax Search and Rescue deployed a helicopter in the area. We thank residents for their patience and understanding as the helicopter was in the area for an extended period of time. 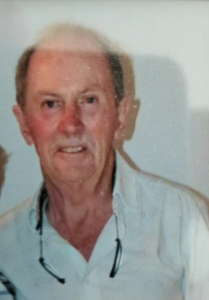 James Byron Henley was last seen at a home on Lawrencetown Rd. in Lawrencetown on Tuesday, September 17 at 6:30 p.m. and has not been heard from since.  He may be with his dog, a black and brown beagle.

Anyone with information on the whereabouts of James Byron Henley is asked to contact Halifax District RCMP at 902-490-5020. Should you wish to remain anonymous call Nova Scotia Crime Stoppers toll free at 1-800-222-TIPS (8477), submit a secure web tip at www.crimestoppers.ns.ca, or use the P3 Tips App.