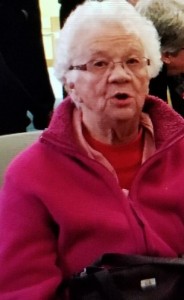 Update: Phyllis Stewart, who was reported missing on March 18, 2018 from New Tusket, has been located and is safe.

Stewart was last seen around 8 p.m. last evening when she left a relative’s home in South Range. Stewart was driving her blue 2013 Dodge Avenger car with Nova Scotia license plate EWG145. She is white, approximately 4-foot-9 and weighs approximately 134 pounds. She has white hair, brown eyes, wears glasses, and wearing a pink jacket and carrying a brown purse.

Anyone with information on the whereabouts of Phyllis Stewart is asked to call Digby District RCMP at 902-245-2579. Should you wish to remain anonymous, you can also contact Nova Scotia Crime Stoppers at 1-800-222-TIPS (8477) or submit tips by Secure Web Tips atwww.crimestoppers.ns.ca. Calls to Crime Stoppers are not taped or traced and if police make an arrest and lay charges based on a tip, callers qualify for a cash award.