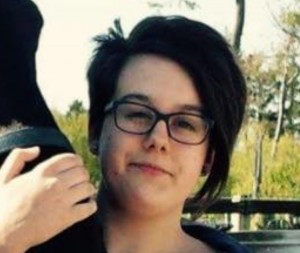 Juliana Elizabeth Lambert was last seen on November 20 at approximately 2 p.m. when leaving a residence on Duncan Street in Halifax. Juliana is described as a white female with short brown hair and brown eyes. She is 5’6”-5’7”in height and approx. 125 lbs. Juliana was wearing a pink and brown trimmed Columbia jacket, black leggings and tan Ugg boots.