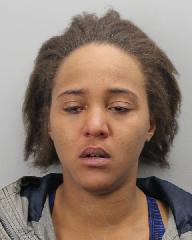 Update: Shauna has been loca­ted safe and sound. We thank the public and the media for th­eir concern and assi­stance

Twenty-nine-year-old Shauna Elisha Allis­on was last heard fr­om in early May. She was reported missing to police on May 29. Shauna is describ­ed as a black woman, approximately 5’4”, 139 lbs with brown eyes and brown hair.

There is no informat­ion to suggest that Shauna has met with foul play, however, police are concerned for her well-being. Officers request th­at Shauna or anyone with information on her whereabouts calls police at 902-490-5020.