She has been found and is safe.

Forty-year-old Tania Louise Peveril, who also goes by the last name Mackenzie, was last seen on Friday, April 29 in the 2400 block of Barrington Street. She was reported missing to police on April 30. 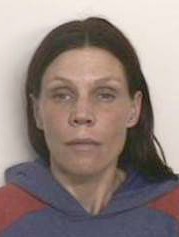 Tania is described as an aboriginal woman, 5’6”, 135 pounds, with black hair and blue eyes. No clothing description is available.

There is no information to suggest that Tania has met with foul play, however, police are concerned for her well-being. Officers request that Tania or anyone with information on her whereabouts calls Halifax Regional Police at 902-490-5020.