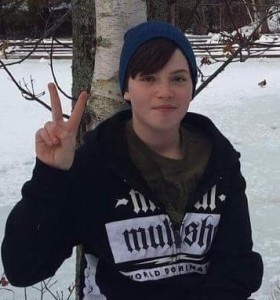 Update: Missing yout­h, Kenny Ashford, has been located and is safe.

Fourteen-year-old Kennith (Kenny) Dawson Ashford has not been seen or heard from since July 8, 2017 when he left a residence in the 200 block of Purcells Cove Road in Halifax. Kenny is described as a white male, about 5’ 9” tall, 130 lbs, with medium brown hair, blue eyes and a pierced eyebrow. There is no clothing description.

There is no information to suggest that Kenny has met with foul play, however, police are concerned for his well-being. Officers request that Kenny or anyone with information on his whereabouts call police at 902-490-5020.