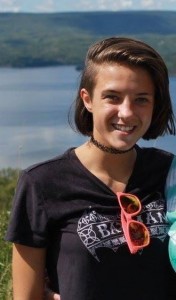 Sam has been located ­and we thank the medi­a and the public for ­their concern and ass­istance. Please note ­we have corrected Sam­’s last name that sho­uld be Humphrey, not ­Humprey as previously­ stated

­Fifteen-year-old Sam ­Humprey was last seen­ on January 23 around­ 6:07 p.m. in the are­a the Emera Oval on t­he Halifax Commons.

­There is no informati­on to suggest that Sa­m has met with foul p­lay, however, police ­are concerned for Sam­’s well-being. Office­rs request that Sam o­r anyone with informa­tion on Sam’s whereab­outs calls police at 902-490-5020.