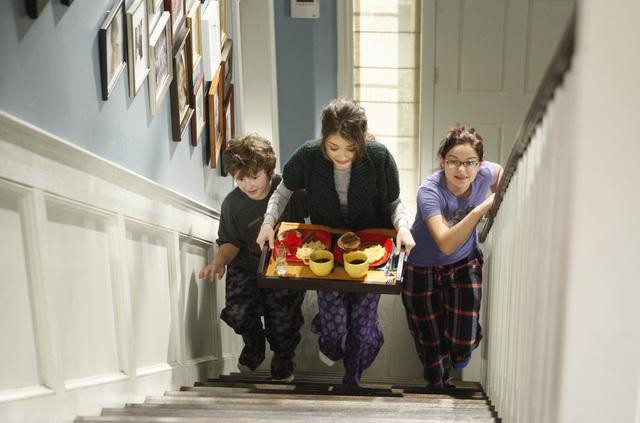 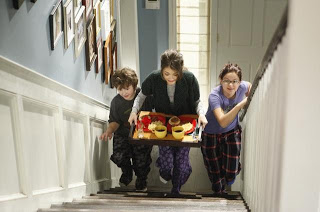 Although last night’s episode of Modern Family seemed typical – classic misunderstandings, chaos in the Dunphy house, Mitch and Cam dealing with yet another unfortunate, unlucky, humiliating experience – it was one of the funniest episodes they’ve done in a while. And considering that Modern Family is funny even when it’s at its worst, that’s saying something.

I love how the hugely awkward event of the Dunphy kids walking in on their parents having sex became intertwined with the much less awkward event of Gloria accidentally sending a nasty email to Claire. Everyone in the Dunphy house was horrified, but Gloria and Jay had no idea that it wasn’t about them. It sounds simple, but the way it played out was brilliant. 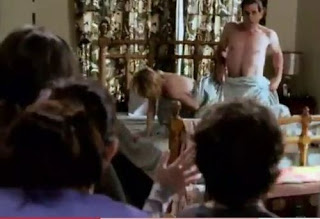 I’ve been dying to see the Dunphy kids get some screen time, so last night was a real treat. Everything from Alex’s disgust to Luke’s confusion to Haley taking charge was perfect. I loved how Alex reminded her siblings about all the mistakes their parents make (oh Alex, never change) and then all the kids realized that they could have it worse – their parents could be fighting all the time rather than, you know, the thing they were actually doing, or they could be getting divorced. It was a brief moment of sweetness that complimented the awkwardness perfectly. None of the kids let on to Phil and Claire that they were happy to have parents who love each other. It was just a shared moment between siblings.

You’d think it can’t get worse than your kids walking in on you having sex, but it can. Your father and his wife can show up in the midst of the awkward, traumatized aftermath. The entire exchange between Gloria and Claire about cupcakes was hilarious, especially because of Phil’s not-so-secret attraction to Gloria. Hilarious miscommunications are usually overdone and idiotic on sitcoms but it really worked this time. 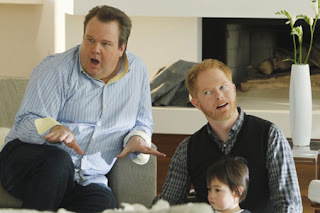 Mitch and Cam’s storyline really took a backseat in this episode, but it was still very funny. They set up a play date between Lily and another kid in an attempt to get into the kid’s mom’s fancy new restaurant. Of course, things never go smoothly for Mitch and Cam. First they found out that Amelia, the mom, was a terrifying bitch. Then they found out that they’d ruined her expensive white rug with an exploded juice box. It was a pretty typical storyline that resulted in an even worse situation – they told Amelia her son had spilled the juice, which he was apparently allergic to – and Mitch and Cam ended up back at the only other place to eat in their neighborhood, a little hole in the wall that runs out of napkins.

What did you think of “Caught in the Act”? Did you feel Haley and Alex’s pain? Now, let’s discuss some of the funniest lines and moments from the episode.