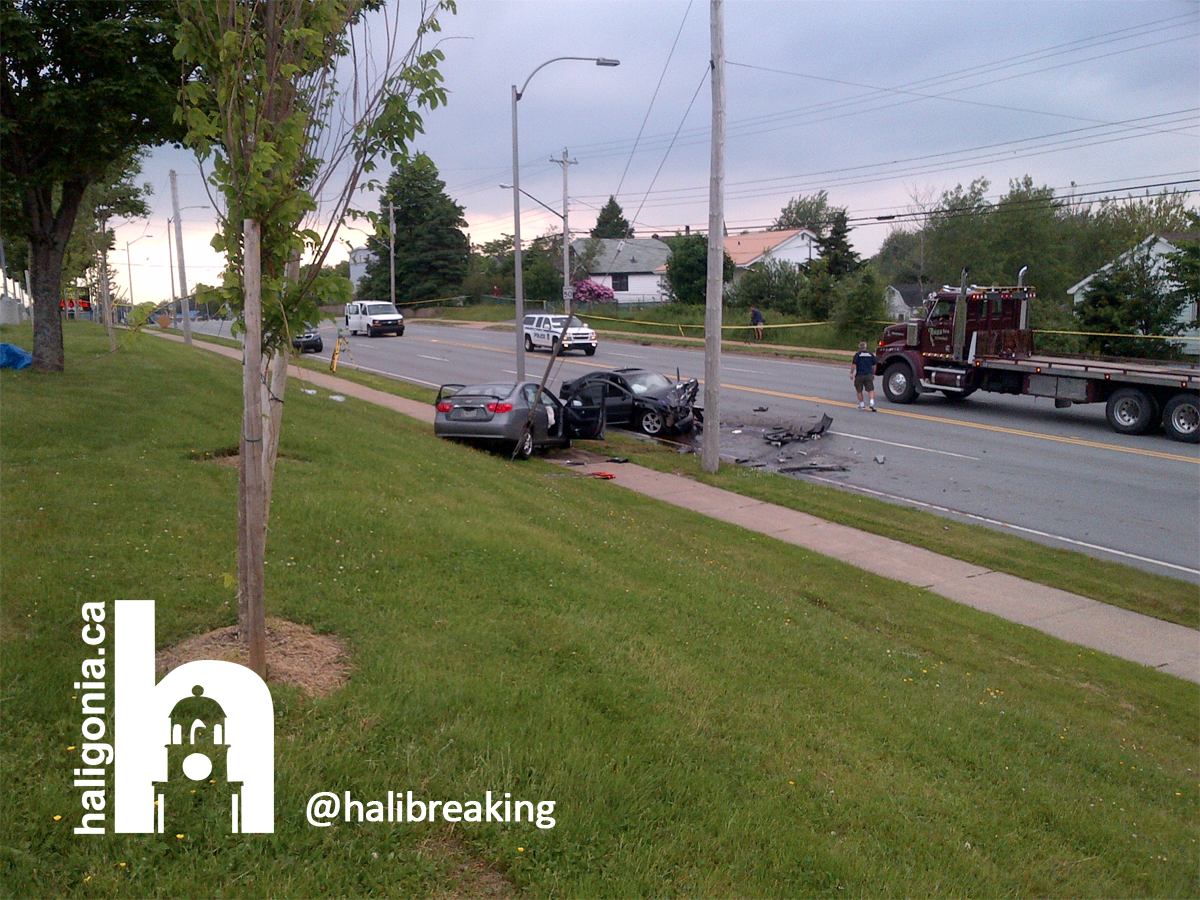 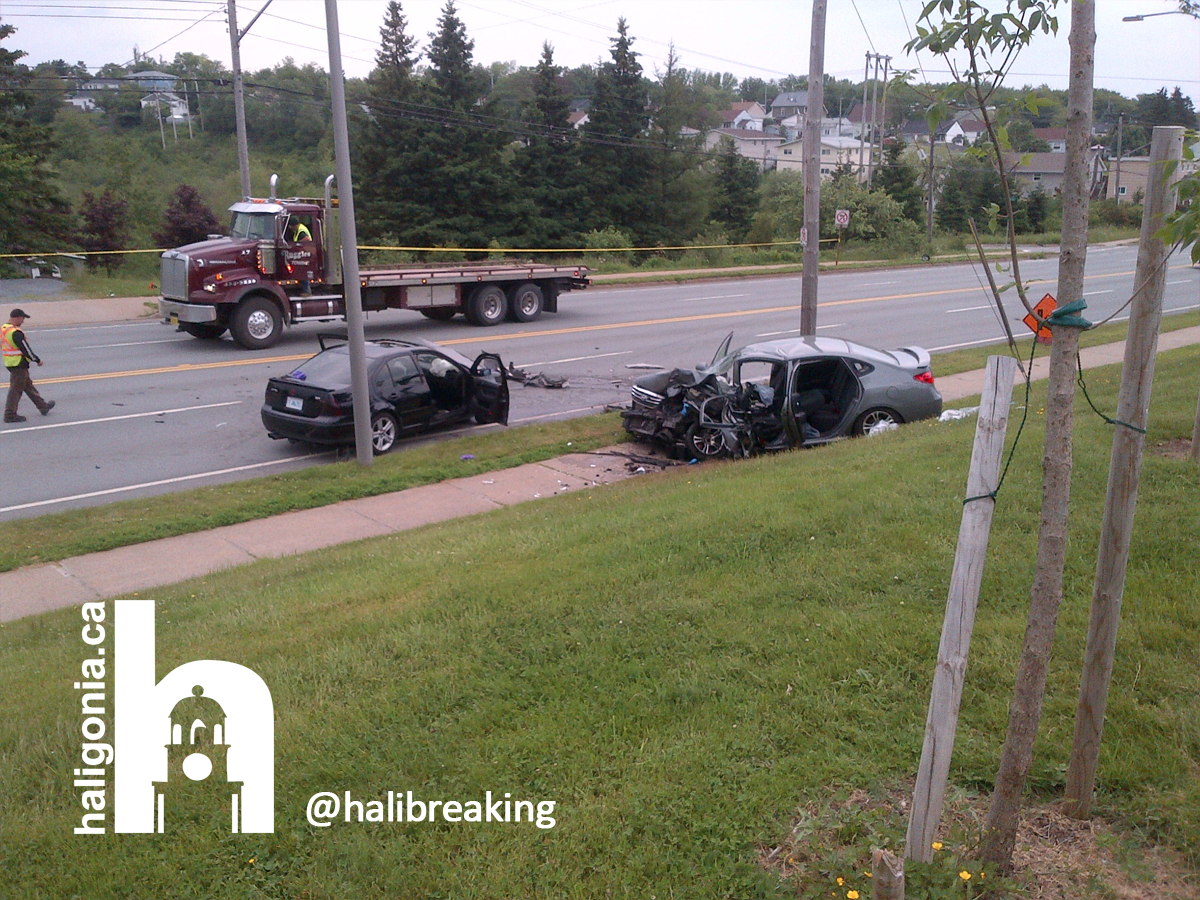 At approximately 4:30 P.M. Halifax Regional Police responded to a 2 car motor vehicle accident on Main St near Fader St in Dartmouth.
According to witnesses the collision was head on as one vehicle was travelling west on Main St and the other vehicle was travelling east on Main St. There was only one occupant in each vehicle. One of the drivers, a 17 year old male, was taken to hospital for treatment and later released. The other driver, a 71 year old male, was taken to hospital with very serious injuries and unfortunately passed away at the hospital. Officers from the Halifax Regional Police Accident Investigation Unit were on scene to conduct the investigation and the road was closed for several hours. At this time the road has been re-opened to traffic and the investigation of the accident is continuing.