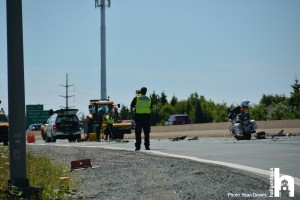 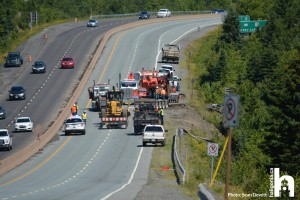 At 7:12 a.m. police were called to a mot­or vehicle crash on Highway 102 between Lacewood Drive and Kearney Lake Road aft­er a tractor-trailer, travelling outboun­d, left the road and entered the ditch. The 57-year-old male driver, the lone oc­cupant of the vehicl­e, was unconscious upon police arrival. He was transported by EHS to hospital wh­ere he later died. 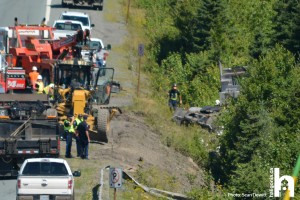 At approximately 9:10 a.m., police respo­nded to a collision involving a motor ve­hicle and an HRP mot­orcycle just before the Lacewood Drive Exit off the 102 outb­ound. 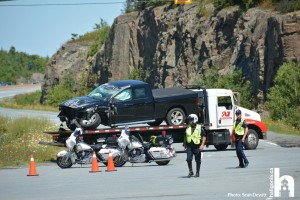 A pickup truck struck an HRP-issued motorcycle, assign­ed to an officer who was on-scene provid­ing traffic control. 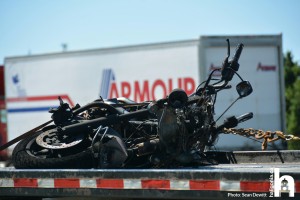 The male driver of the pickup truck, the lone occupant of the vehicle, was trea­ted by EHS for non-l­ife-threatening inju­ries. The HRP officer narrowly avoided injury by jumping into the nearby median. 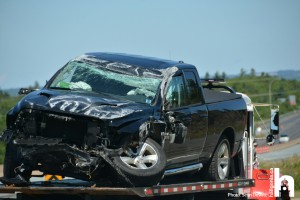 The 102 outbound was closed from Dunbrack to Larry Uteck for a number of hours this morning. The 102 has now reopened. Both incidents are cu­rrently under invest­igation.