Earlier this spring, I did some work for an organization writing about various restaurants and food festivals in Halifax. In exchange, I ended up with a gift certificate to CUT Steakhouse (my choice) for a staggering sum… 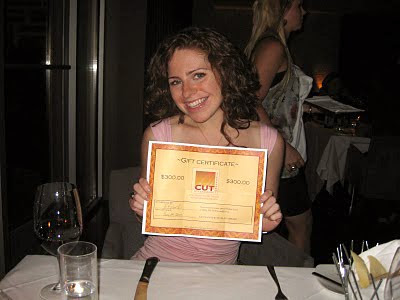 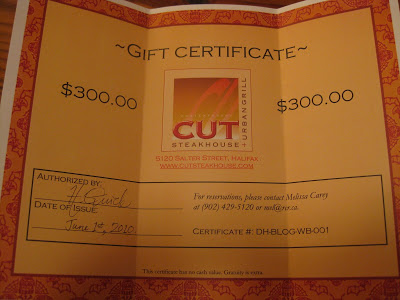 When asked what resto I really wanted to visit, CUT was at the forefront of my brain. Certainly not cheap, it’s the kind of resto that I was saving for a very special occasion. With my GC in tow, I knew that I could spend without a care in the world (relatively), which just enhanced the vibe of Marie-Antoinettish indulgence.
Now the best part about this meal was that I invited my best foodie friend and told her NOTHING about the night! OMG – I had so much fun taunting her! For weeks I told her how amazing the mystery was going to be. The night arrived, and I went to J’s place and was thrilled when she had a glass of sparkling wine prepped for my arrival! We finished that off, called a cab, and I whispered the address to the cabby, who played along with my little game. When we pulled up at CUT, and I whipped out my GC, the look on J’s face went from confusion – to shock – to sheer delight as she realized what was in store.
We started off with cocktails; mine was my ‘usual’ a straight-up Grey Goose martini w/ loads of olives. J went with the Berry Foam Collins; gin, fresh raspberries and lemon, shaken and topped w/ Prosecco. Our server quickly followed up our drinks with an amuse bouche-type course; a tangy goat cheese-based dip with crudites, followed by CUT’s breadbasket. With a selection of soft savory loaves and crispy breadsticks it sated our virtually empty stomachs! Sidenote– I rarely fill up on bread in restos, but in RCR Hospitality’s restos, the bread is pretty hard to resist! 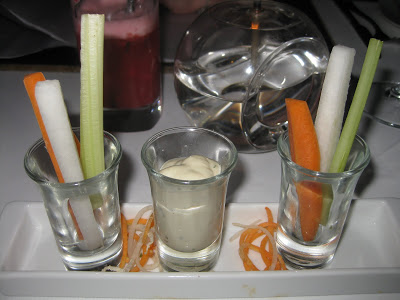 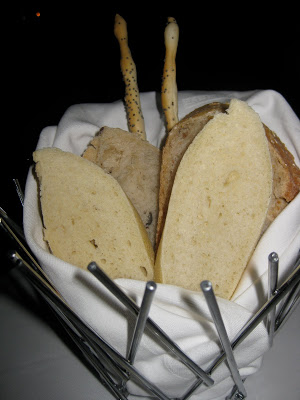 After much, much consideration, we finally decided on our orders. As apps, on our server’s recommendation, we chose 1 Shrimp Almondine each – he said the dish was very rich and filling. In addition, we ordered the broiled bone marrow to split.
Ah, the shrimp! These suckers will absolutely, positively make it on my list of Top Ten Memorable Bites of 2010. The shrimp themselves were plump and perfectly cooked- not a hint of chewy-ness. These were served on a beurre noisette with (what I think was) a puree of almonds. The contrast of juicy seafood, crunchy almond slivers and crisp breadcrumbs along with the velvety puree, had my tastebuds doing a happy dance indeed. It’s not often that you find a dish whose components work so harmoniously together.
The bone marrow…well, it’s not for me. I just wasn’t a huge fan of the texture, though the accompanying jams were delightful and fragrant!
Jumbo Shrimp Almondine
U8 Jumbo shrimp, pan seared w/ almond slivers & garlic, beurre noisette 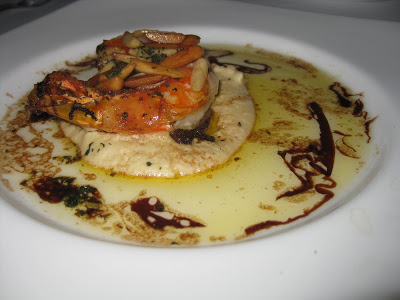 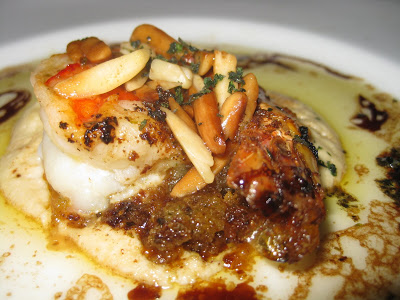 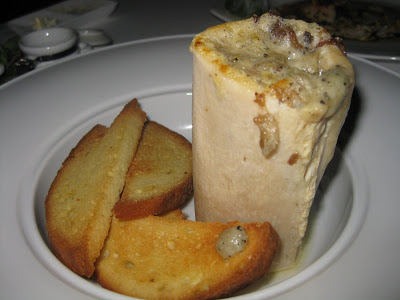 So as to avoid food envy, we both ordered the Kobe Beef rib eye- also on our server’s suggestion. More on that later…For our enhancements and starch we chose a potato, mushrooms and onion rings.
I knew the O Rings were a good choice, as those at Onyx (one of RCR’s other properties) are out of this world. While the onion rings were crisp, the mushrooms were tender, with an incredibly earthy flavour and aroma – a fantastic addition to the table. The potato was the perfect combo of both of these textures; a smooth truffle infused mash was wrapped in a layer of crispy potato to form…well, the phallic-like shape below – heretofore referred to as Penis Potato. Yeah, said it.
Tempura Onions Rings
w/ Smoked paprika-saffron mayonnaise 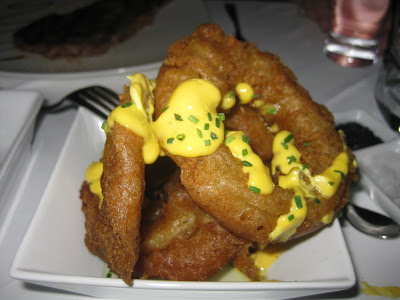 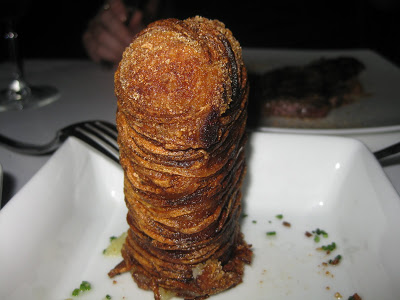 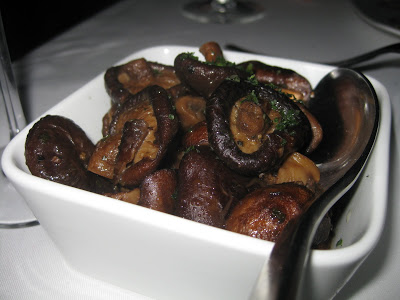 You’re probably wondering how a 5″, 100 lbs. chick put this all away by now hey? Well, it took a lot of effort, but absolutely worth it when the melt-in-your-mouth piece of meat arrived before me. This steak was the epitome of all the characteristics you want in your beef; tender, flavourful and rich, and smooth throughout – without any annoying bits of grizzle.
Kobe Beek Rib Eye
Sake & miso rubbed 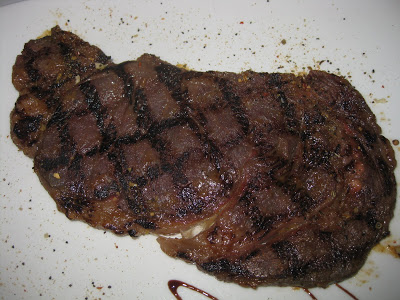 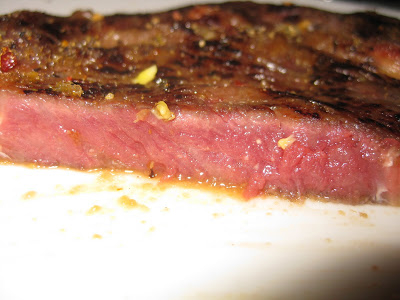 And here we are; two very content little ladies. This was a great experience in ways above and beyond the food. The service and hospitality at CUT certainly enhanced the evening and determined that a return trip is definitely in the future! 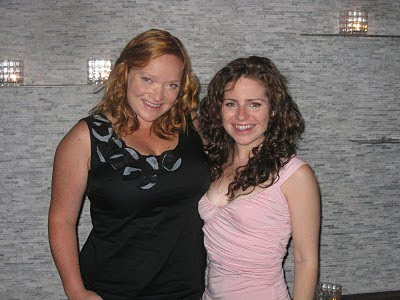