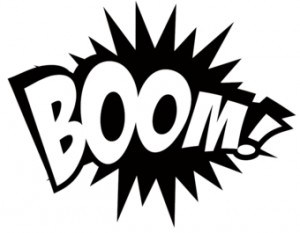 Last night, (March 6) around 11 P.M., I started receiving and reading tweets about a huge BOOM in the area. There has not been any official explanation and there may not be, but it’s fun to speculate! Take a peek at some of the convo:

@sackvilleinside: @sack_vegas wtf was that huge boom in sackville? It was loud enough could have been in Bedford.

@sackvilleinside: @sack_vegas yeah like 5 mins ago. Really loud by first lake drive. Def not a firework.

@annehorsman65: What was that loud boom in sackville , Windsor junction about 20 minutes ago

@oceanboundmer: @sack_vegas I was in bedford heard something too, thought neighbor kicked the door for a sec. #boom

@PointZeroRadio: @sack_vegas @sackvilleinside Any word on what that loud boom was? We’ve got a ton of people calling in asking!

So…what was it? I have had people suggest a meteor or plane breaking the sound barrier and I have also had a “Frost Quake” mentioned. Apparently frost quakes happen from time to time out west and in Ontario. It’s during a cold snap and the ground cracks creating a huge BANG! Something definitely went on, does anyone out there have any info?