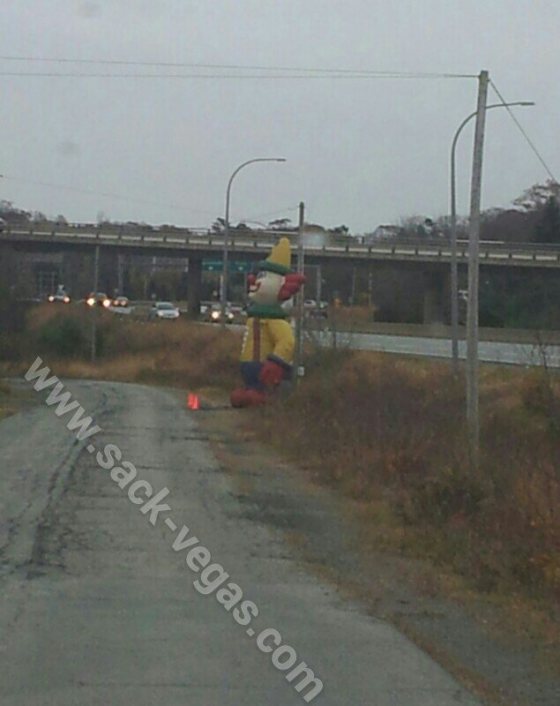 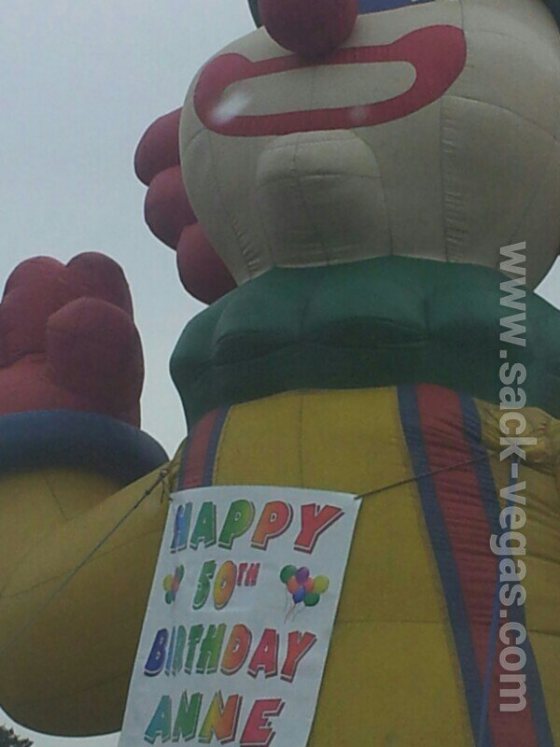 I had a few people from Twitter ask me why there was a massive inflatable clown down by the highway as they passed Fultz house. Also, why it had it’s back turned to the general public.

Being the top notch investigative journalist that I am, I swung by to take a peek while on my morning coffee run.
At first I did not want to get too close in case it was something straight out of Stephen King’s  “IT”. After I was sure it was not alive and preparing to go on a Sacktown killing spree I got a little closer….and saw that it’s a birthday clown!

Any other big investigations needed around here? I’m your man!