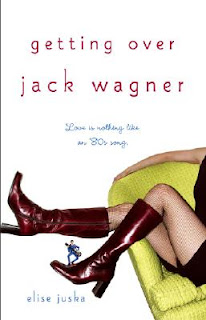 Namedropping – we all know some one who does it. Mentioning someone well known – maybe even famous – and hope the glow of their fame or notoriety will some how rub off a little bit. It’s considered bad form in social circles – particularly if you do it too much – but fiction writers seem to use it once in awhile. Sometimes the famous person alluded to in the title is a character in the story, but often they’re more of a concept or a plot point.

I feel like I’m dating myself somewhat by mentioning that the first such title that really caught my eye was a chick lit title from a couple of years ago called Getting Over Jack Wagner, where the lead character’s modern day dating life is having a hard time living up to the idealized version of her romance, heavily influenced by her childhood crush on the ’80s soap star and musician Jack Wagner. 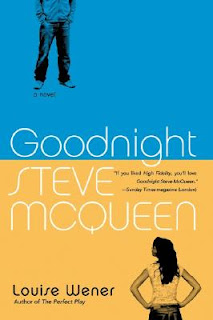 In a similar vein – in its focus on romance and rock ‘n roll lifestyles – is Goodnight Steve McQueen by Lousie Werner. The Steve McQueen in this book isn’t the one you’re thinking of – in fact the eponymous McQueen doesn’t even go by “Steve”, but rather by “Danny” – so this is name dropping in its essence (although the does book get positive reviews, compared by some to Nick Hornby, an interestingly, by the former front woman of a UK band called Sleeper).

Here’s a few more – not in the chick lit vein:

Anton Chekhov Was Never in Charlottetown by J.J. Steinfeld: This namedropping somehow works on me, I’m incredibly curious about these short stories from a PEI author

Balzac and the Little Chinese Seamstress by Dai Sijie : Balzac himself doesn’t make an appearance, but his books are important in this beautifully written story of life in China during the Cultural Revolution

Millard Fillmore Mon Amour by John Blumenthal: quirky and humourous story of love and life of a socially awkward millionaire who happens to be writing a ten volume biography of a largely forgotten US president.