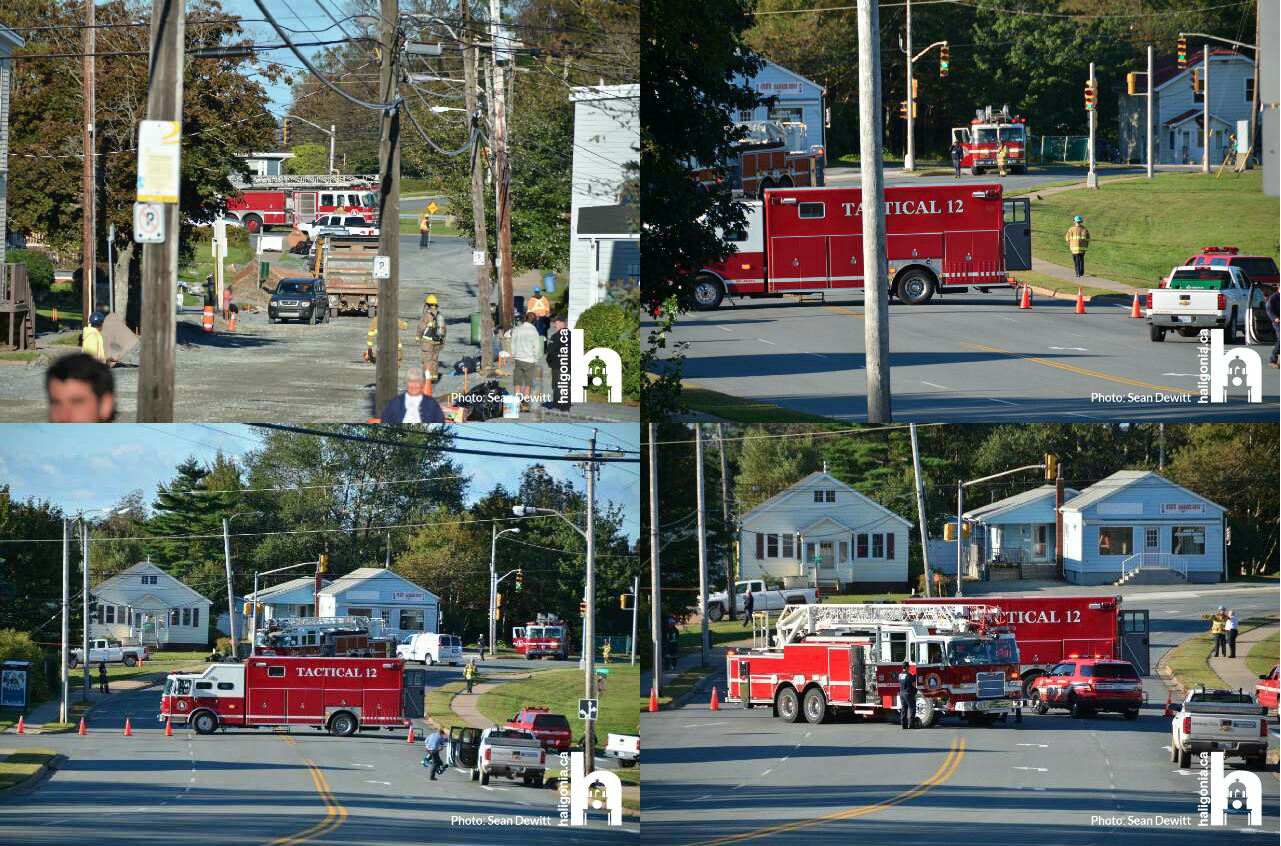 Homes along Gaston Road, and connecting side streets, were evacuated as a precaution. In total, 550 properties were evacuated, including residences, businesses, and a daycare in the area.

Also, students at Prince Arthur Junior High and Southdale-North Woodside School were told to remain in their buildings until the leak was contained.

Natural gas contractors were on site to clamp the line to stop the leak, and then remove and replace the punctured pipe.

Halifax Transit buses provided shelter to those who have been evacuated from their homes, and Halifax Regional Police personnel were also on scene assisting with traffic control.

Portland Street was closed to all pedestrian and vehicle traffic in both directions between Joffre Street and Lakefront Road.