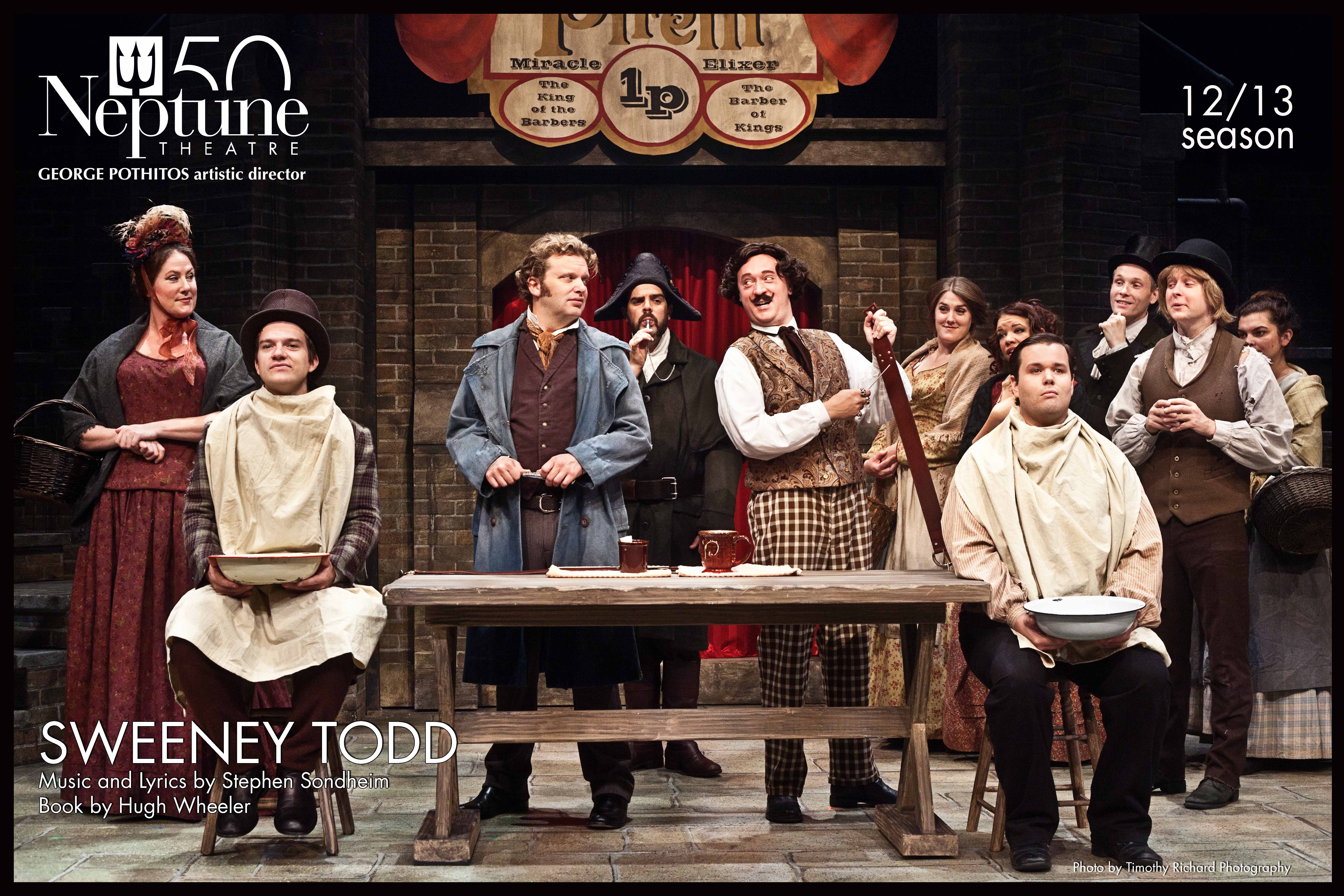 Until Wednesday, my knowledge of Sweeney Todd was limited to the movie “Jersey Girl” where Ben Affleck’s daughter plays Sweeney Todd in a school play, and that hilarious opening scene in “The Office” where Andy comes in singing the theme song, with the cast of the play from Scranton.

So obviously I knew nothing about Sweeney Todd, which is disgraceful considering I love the theatre, but alas it’s the truth. So I was thrilled to have the chance to see Sweeney Todd at Neptune Theatre last week.

I was hooked from the moment it started. The vocal talent was incredible – I kid you not, their singing instilled my fear of Sweeney from the get go.

Without giving too much away, Sweeney Todd is “The Demon Barber of Fleet Street” who kills many poor souls who visit his barber shop as he tries to seek revenge on the lawyer who raped his wife and forced his daughter to live with him – all while he was serving time in jail on false charges.

The story of Sweeney Todd is incredibly dark, yet the way it’s portrayed has you laughing all the way through. Mrs. Lovett, who becomes Sweeney’s partner in crime stole the show for me. She was the perfect balance of sweetness, optimism and naivety for Sweeney’s dark, disturbed nature.

To date, Neptune has never let me down with their sets. Sweeney Todd was no different. The dreary mood was set from the moment you walked in and you left thinking you just spent hours in 1846.

My favourite piece of the set was the barbers chair, so please do keep your eyes  on the victims who are thrown into the basement from Sweeney’s chair. I lost it every single time someone took the plunge. Like I mentioned, you laugh even at the darkest moments.

I absolutely loved Neptune Theatre’s production of Sweeney Todd. A must see this season!