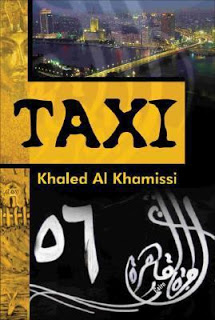 I’ve been writing these new books you might have missed posts for awhile now. The idea for me is that there are so many great books out there that don’t necessarily get a lot of press coverage, that I like selecting a few to highlight. In my random selection of the interesting looking fiction coming across my desk in the last month or so, I was noticed a large percentage of them were from international authors, including a lot of books in translation. So, if you’re looking for some new and exciting fiction, why not try one of these from beyond your borders.

Khaled Al Khamissi is an Egyptian author whose first book Taxi was published in Arabic in 2007. The English edition has recently been released. It’s a collection of fictional monologues from Taxi drivers in the bustling city of Cairo and was a bestseller in Egypt. 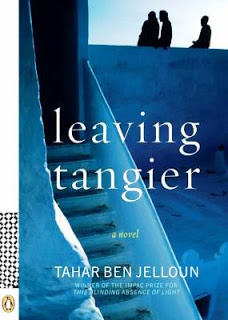 Leaving Tangier is a new novel from Moroccan born Tahar Ben Jelloun that follows the tale of a brother and sister who leave Morocco for a new life in Spain. Although Arabic is Ben Jelloun’s first language, he writes in French. He was awarded the prestigious Prix Goncourt in 1987 for the original French edition of the book translated as The Sacred Night and in 2004 he won the Dublin IMPAC award for the book This Blinding Absence of Light.

Another author who writes in French despite is not being his first language is Chinese/French author Dai Sijie. Once on a Moonless Night his third novel, is a story of love and language that revolves around a lost ancient scroll. Booklist called it a “dazzling and magical saga”.

The most recent novel from Javier Calvo a young (born in 1973) up-and-coming author born in Barcelona is Wonderful World. Publisher’s Weekly described the novel as “a frenetic and magnificent mashup of family drama, mob revenge story and surreal mystery”.

And finally, Love, Anger, Madness by the late Marie Vieux-Chauvet. Translated from French and described by the publisher as a “stunning trilogy of novellas … Love, Anger, Madness is a scathing response to the struggles of race, class, and sex that have ruled Haiti. Suppressed upon its initial publication in 1968, this major work became an underground classic and was finally released in an authorized edition in France in 2005.”

New Books You Might Have Missed - International Fiction
https://haligonia.ca/new-books-you-might-have-missed-international-fiction-7489/