The Downtown Halifax Business Commission (DHBC), together with Extreme Group, are embarking on a unique new initiative to encourage Halifax residents to visit the downtown area to shop, dine, and play (or remain after work, if they work in the area). 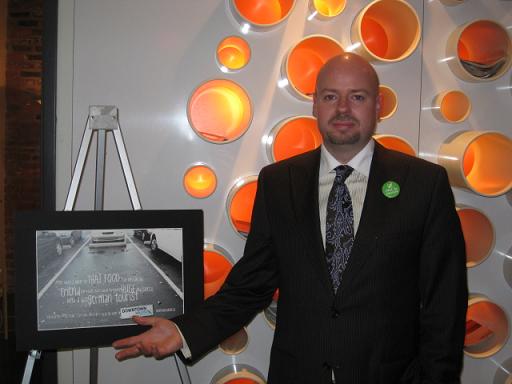 I say the initiative is unique because, unlike previous initiatives, this one seems to target a demographic that had previously been largely ignored by city and provincial initiatives. It is also unique in its abandonment of cliche imagery that is normally associated with such campaigns (lobsters, waterfront, Citadel Hill, etc.).

The poster below is one of four executions revealed at the campaign launch, along with a new website at www.downtownhalifax.ca. Unfortunately, I only took a picture of this one. I’ll post the rest as soon as I am able to get my hands on them (hear that, Extreme?) 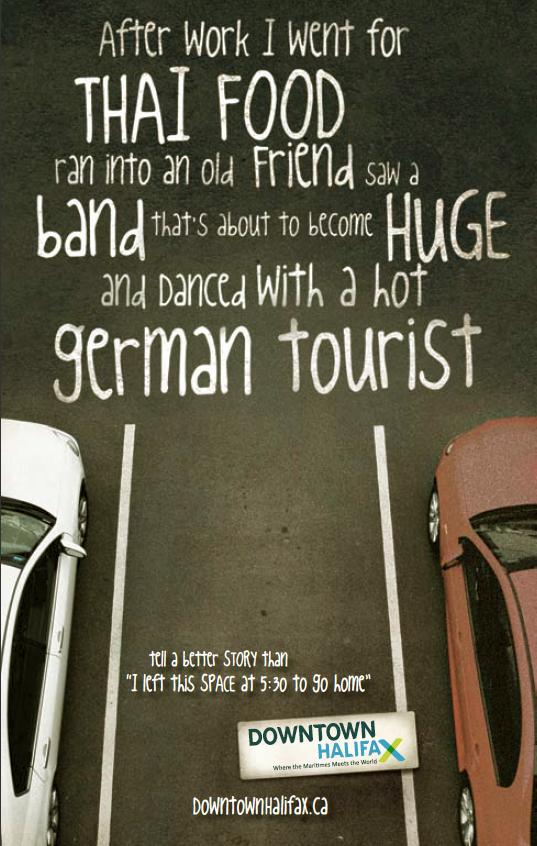 During the campaign launch event at Extreme’s downtown headquarters, I asked the Account Director of the campaign and he confirmed that the departure from using common imagery was deliberate. The DHBC and Extreme group seemed to be on the same page in regards to what attracts the demographic they are targeting, and what imagery is seen as ineffective.

The campaign direction is interesting to me, as it reflects several conversations I have had recently with friends and colleagues that loathed the lack of an ‘after-work’ dynamic in the downtown. In other cities, the after-work crowd is a key soruce of business to shops, restaurants, and bars, resulting in an active downtown core throughout the business week.

Extreme Group is a local ad agency with offices in Halifax and Toronto. The agency received 13 awards in the 2008 ICE Awards, a prestegious annual advertising awards gala to recognize the Atlantic region’s best advertising and design.