Instead of revolving around glitz and glamour, Abani’s novel, set in contemporary Las Vegas, focuses on guilt, vengeance, and political and personal power.

It brings together two very different characters: a crass, hotheaded Las Vegas detective named Salazar and Sunil Singh, originally from South Africa, who is researching psychopathic behavior for the U.S. Army. Entwined in the story are Singh’s memories of apartheid South Africa, especially Soweto, where he grew up in poverty amid the political upheaval of the 1970s. The two men met previously when Salazar called on Singh to help him with a case: bodies of homeless men being dumped in a remote area of the city. That case was never solved. 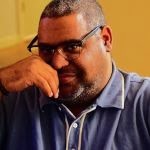 Now the body of a teenage girl has turned up in the same area, and Salazar is determined to reopen the case. He immediately finds two suspects . . . conjoined twins Fire and Water. When the twins stubbornly refuse to cooperate, Salazar calls on Singh to evaluate their mental health. What follows is an intricate braid of story strands, enriched by vivid descriptions, intriguingly dysfunctional ­characters, and abundant metaphors. Expect the unexpected. ” – Booklist

The Girl with a Clock for a Heart : a novel (M)
by Peter Swanson

“Liana Dector, the title character in this debut thriller, is a master at reinventing herself, and, early on, her boyfriend, George Foss, becomes ensnared in her schemes. George and Liana then known as Audrey Beck became a couple in their freshman year at college in Connecticut, with their semester-long romance ending when Audrey presumably committed suicide at home in Florida during winter break. When George learns that Liana and the real Audrey have switched identities, and that Liana may have killed her cohort, he continually watches for her until, nearly 20 years later, he spots her at a bar in Boston. Liana, now known as Jane Byrne, asks for a favor, trusting that George will help her rather than turn her over to the authorities; George, both smitten and curious, is hooked. 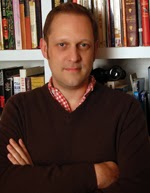 In alternate chapters, Swanson unreels the story of the teenage lovers and advances to the present-day quagmire into which George steps. Driven by the power of first love, this dangerous mix of sex and lies tumbles to an inevitable conclusion. Optioned for a feature film.” – Booklist

“Former garbageman Spademan is a box cutter-wielding death dealer in a near future New York City decimated by car bombs and dirty bombs. Geiger counters are chic accessories for stylish youth, and jacking in to a thoroughly immersive virtual reality world is all the rage. Spademan thinks his life is simple-do the job, get paid-until his new mark turns out to be a young girl who calls herself Persephone. She’s on the run from her very powerful father, and he’ll do anything, and take down anyone, to get her back. Persephone’s got secrets that could topple an evangelical empire, and she is determined at all costs to save herself.

VERDICT First-time author Sternbergh takes a heavy dose of noir and sets it in a dystopian setting. Spademan is an unlikely yet tragic hero, and it takes a talented author to make a reader root for such a damaged and ruthless man. Lean prose is punctuated by moments of shocking violence that only serve to underscore the novel’s underlying humanity, and Persephone is a shining, brutal example of the will to survive at all costs. This is a gripping genre mash-up and a stunning debut” – Library Journal