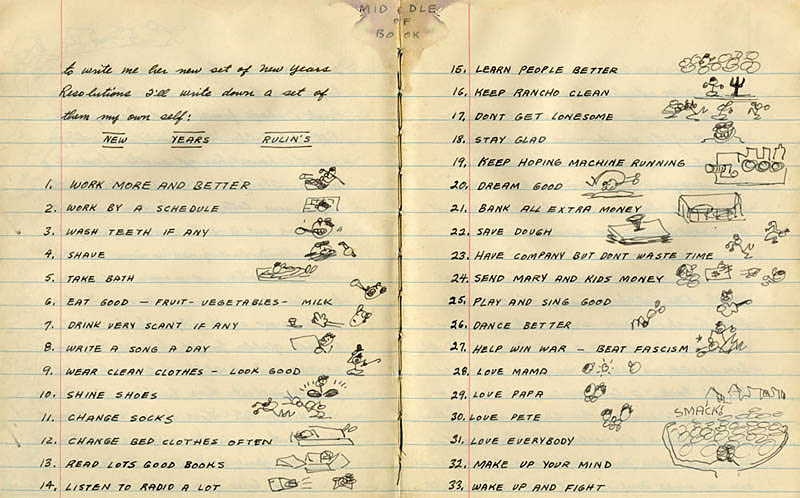 Woody Guthie’s New Year’s Resolutions 1942
10 Fly Fishing Predictions for the new year!
2012 in the Western calendar, Chinese New Year 4710,  is the Year of the Water Dragon!

It represents the fourth year in the 12 year cycle of the Chinese zodiac.The Water Dragon is noted for its calm, visionary intelligence, and balance of right brain creativity with left brain logic. Sounds like a good combination for 2012.
No such thing as a hangover remedy except time.
Eastport, Maine heralds the New Year with the dropping of the maple leaf and giant sardine! People rush in to kiss the fish for a lucky start to the year! The ‘Sardine’ is  lowered at midnight Eastern Time and the ‘Maple Leaf’  lowered an hour earlier at  midnight Atlantic Time. Eastport is poised just west of the Atlantic time zone with the Canadian islands of Deer Island and Campobello located just off shore in Passamaqoddy Bay. 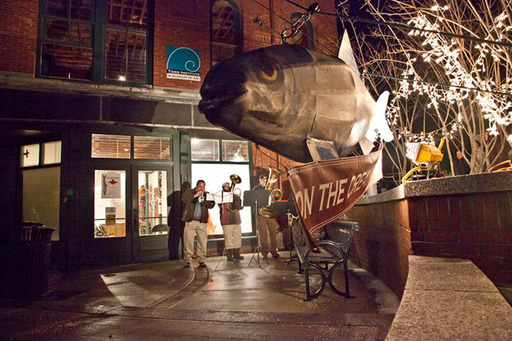 How about planning to spend next New Year’s Eve here! Aldourie Castle situated on Loch Ness Scotland! Oh my! Spend some time looking through the pictures…
or maybe your tastes run to this, a shepherd’s cottage on the Isle of Skye.
The top 10 Plant-Based food recipes of 2011 from Healthy Girl’s Kitchen! You may not find them exciting but I do:)

Here are foods to bring you good luck in the New Year according to Epicurious! Eat them and good fortune will smile on you. I will be cooking lentils for sure.
The TOP astronomy events to watch for in 2012!
The transit of Venus is the year’s most anticipated astronomical event and it takes place on June 5th & 6th The Planet Venus will pass between the Earth and the Sun and you will see Venus (a small black circle) slowly move across, or “transit” the disc of the Sun.

Transits of Venus are very rare and only a few have been witnessed since the dawn of the telescope. The next one isn’t visible for over another 100 years.
The world is NOT going to end in 2012.
Now let’s have a look at new hairstyles! 32 ideas for next year A lot of these I don’t get. What?
Get ORGANIZED this year! So many terrific ideas! I’m sure you will find something useful:)


Have a Happy and Healthy and Prosperous 2012! 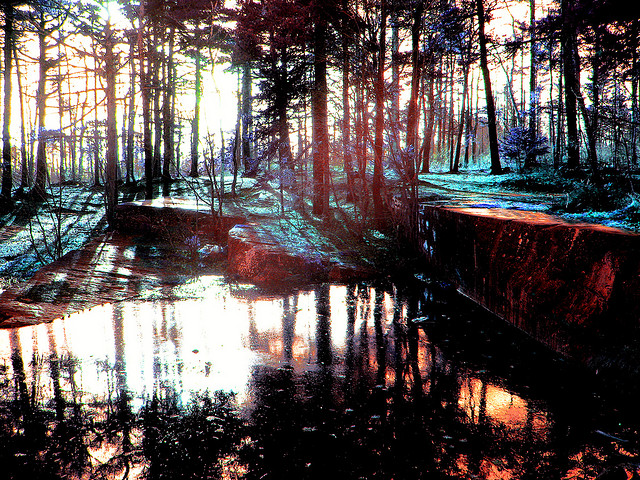