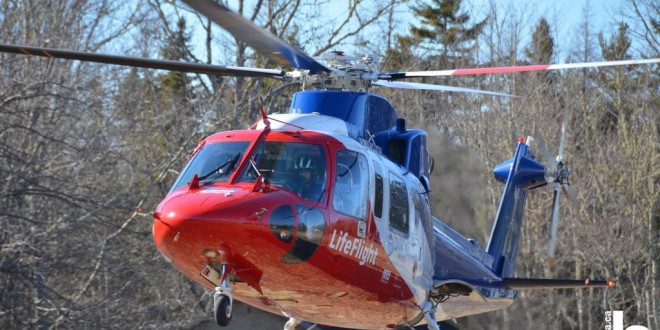 Nova Scotia has reached an agreement with Canadian Helicopters Limited for two new air ambulance helicopters.The province announced in December that it would replace the current Emergency Health Services (EHS) LifeFlight helicopter with two Sikorsky 76C+ helicopters.“Nova Scotia’s EHS LifeFlight is a vital service that responds to emergencies and transfers patients from across the Maritimes,” said Health and Wellness Minister Leo Glavine. “By adding a second helicopter to serve as a dedicated backup, we’re ensuring this lifesaving service is better equipped with greatly improved availability.”Nova Scotia now has a single Sikorsky S-76 A helicopter operating EHS LifeFlight helicopter service. While it has an excellent safety record, it has not been able to land on H1 helipads in Halifax or Digby since April due to a change in the application of Transport Canada regulations.The new helicopters are approved to land on H1 helipads. Additionally, with much improved performance capabilities, transport times will be reduced by 10 to 25 minutes.The amended agreement is for 15 years and valued at $105 million. With the addition of a second helicopter, an EHS LifeFlight helicopter will be available at least 98 per cent of the time. Currently, there is no backup helicopter during maintenance and LifeFlight is available about 70 per cent of the time.The new helicopters will be in place for Aug. 1.