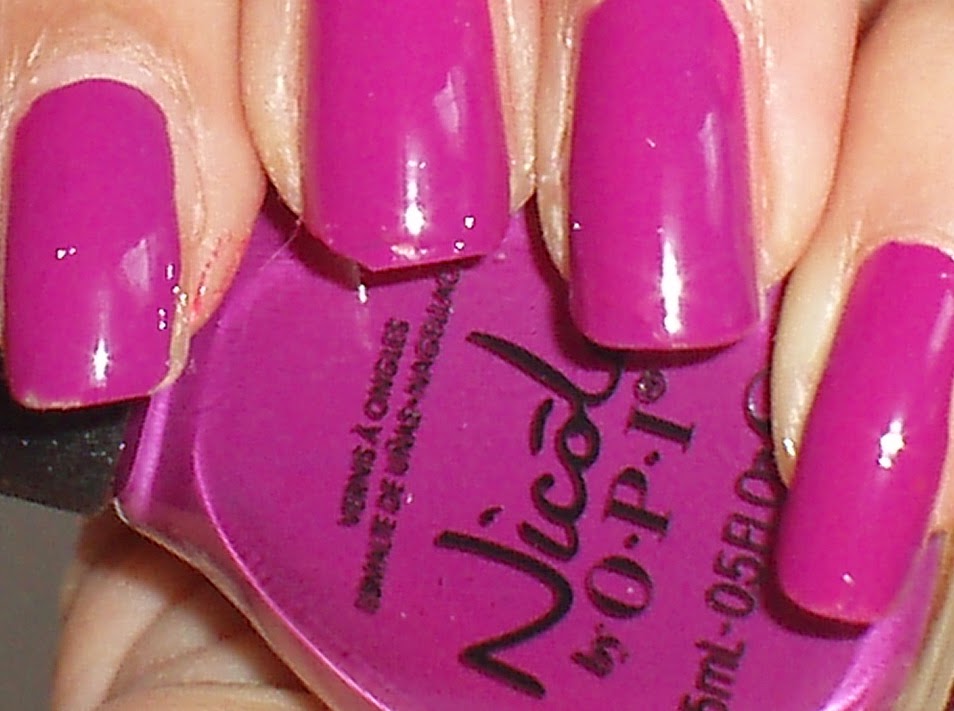 I want to show you today a beautiful fuchsia purple cream that Nicole by OPI brings out in the Coca-Cola collection, sent to me for review.

This is In Grape Demand, inspired by Fanta Grape by Coca-Cola. 2 coats, good opacity.

Back when I was growing up in Asia, Fanta was quite popular but I was not a fan of the grape flavour. No hating on the nail polish though 🙂

In Grape Demand seems to be a lighter purple than the packaging colour of Fanta Grape, but I am not complaining, cause I like it quite a bit. 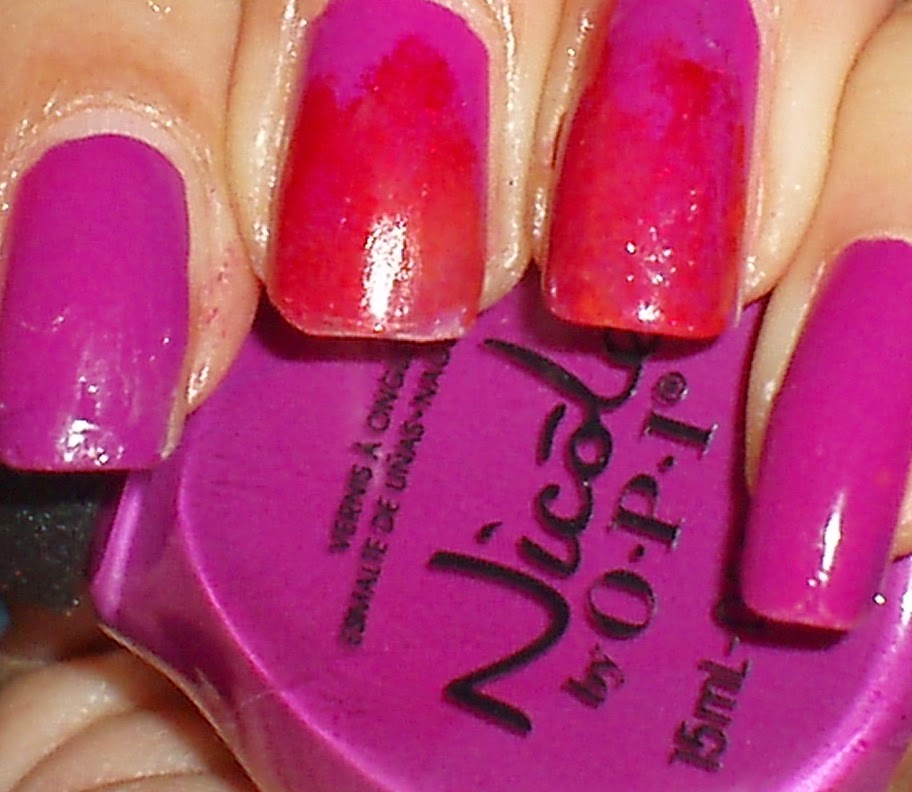 I do not have any shades from OPI Coca-Cola collection, but going by how the colours look, OPI A Grape Affair (also inspired by Fanta Grape) is a much darker and dustier purple cream.

Forgive my fail sponging attempt here. I am still experimenting with the right sponge and the technique, so this turned out to me more of a watercolour attempt than sponging.

I used 2 other colours from the same collection – Always a Classic Coca-Cola and The Look is Orange but the gradient effect refused to happen. I definitely will feature them in later NOTDs to do them better justice.