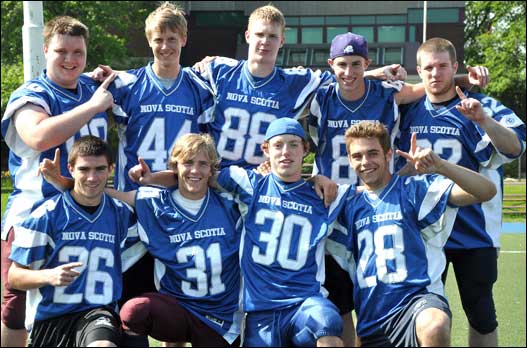 Nine football players from Charles P. Allen High School were selected to Nova Scotia’s under-18 team, the most from any school in the province.

The team will represent Nova Scotia at the under-18 Football Canada Cup tournament, which will be held at the University of Lethbridge in Alberta from July 9-16.

Games will take place beginning on Saturday, July 9 at the new state-of-the-art Community Sports Stadium located on the University of Lethbridge campus. Nova Scotia’s first game will be against Ontario West.

The Football Canada Cup has been in existence since 1992, with games beginning in 1993. Last year, the tournament was held in Wolfville, where Nova Scotia lost in the bronze medal game to B.C.

In 1998, Nova Scotia lost to Alberta in the under-19 division and in 2004 the province lost to Eastern Ontario in the under-17 division.

The nine CPA players selected to this year’s team – an increase from eight last year – are as follows: