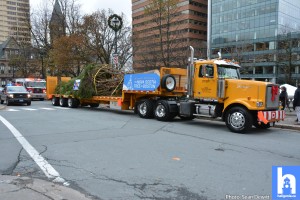 The Nova Scotia Tree for Boston received a warm send-off from hundreds of Nova Scotians today, Nov. 17, at Grand Parade in Halifax. 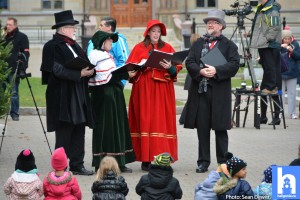 This year marks the 100th anniversary of the Halifax explosion. Each year, Nova Scotia sends a Christmas tree to the people of Boston to say thank you for their help in 1917. 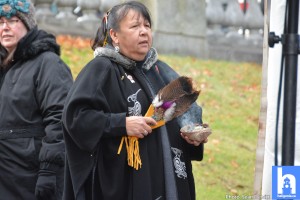 “We will be forever grateful for Boston’s quick response and for those who played such a major role in the aftermath of the explosion. This would be our first responders,” said Deputy Premier Karen Casey. 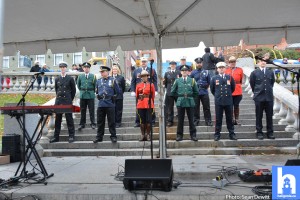 “This tree, our annual tradition and gift to the people of Boston, is dedicated to the first responders and medical personnel who came to our aid then, and who continue to do so, each and every day. It is our way of saying thank you.” 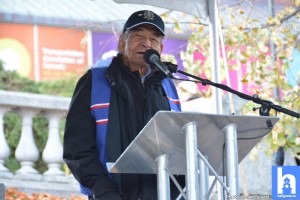 For the 100th anniversary of the explosion, the province will highlight and honour the role of first responders. The tree received a police and fire escort through Halifax today and was greeted by an honour guard consisting of police, fire and medical personnel, as well as navy and enforcement officers.

The tree will also receive an escort from Halifax Regional Police to the Canada-United States border. 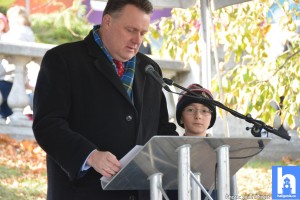 “It was one hundred years ago this coming Dec. 6 that our city witnessed the largest loss of firefighters in a single event, in Canadian history,” said Halifax Regional Fire and Emergency Chief Ken Stuebing. 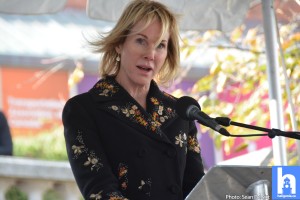 “The courage and bravery shown that day is exemplified every day by our fire crews and fellow first responders. We are honoured and humbled by this dedication.” 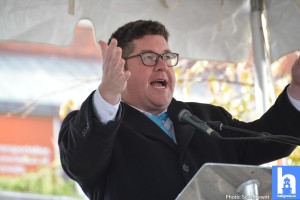 Boston Parks Commissioner Christopher Cook participated in the event, along with a musical performance from the Cape Breton trio, Port Cities, and a traditional Mi’kmaw smudging and blessing ceremony. 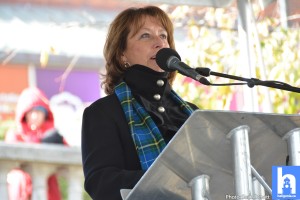 “It’s been an honour and a privilege to return to Nova Scotia on behalf of the people of Boston for this wonderful tree departure celebration,” said Mr. Cook. “What began as tragedy a century ago has grown into a celebration of the human spirit and the lengths to which we will go to help one another in times of need.” 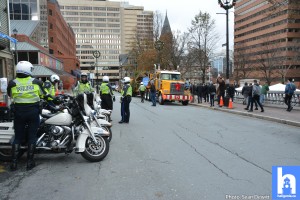 The Nova Scotia Tree for Boston, for the first time, will participate in Halifax’s Parade of Lights on Saturday, Nov. 18, before making its way to Boston for the annual tree lighting. The tree will also make a stop in Augusta, Maine to commemorate the 100th anniversary of the Halifax Explosion. 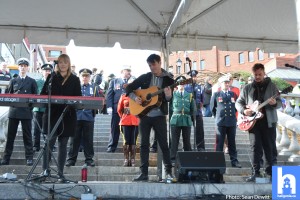 The tree-lighting ceremony on Boston Common will take place on Thursday, Nov. 30. Premier Stephen McNeil will be joined by Nova Scotian artists, Port Cities, Cassie and Maggie, and Reeny Smith, who will perform live. The ceremony attracts about 20,000 people and is broadcast live on WCBV television, an ABC affiliate, to an audience of about 300,000. 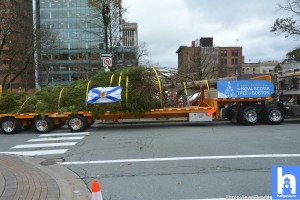