People who have never been to Nova Scotia probably don’t realize how popular pepperoni is in this province. Not just any pepperoni, mind you, but Brothers-style pepperoni. It can be found in pubs, pizza shops, delis and grocery stores. People stock up on it to bring back with them to Alberta or Ontario. It has really become an iconic Nova Scotian food.

You see, it all started with two Polish immigrants, Max and Chris Kielbratowski, who came to Nova Scotia and opened two different companies, Brothers Meats (1951) and Chris Brothers (1967).

Brothers Meats and Delicatessan, which also goes by “The Original Brothers” is an Agricola Street institution. The business is now run by Max Kielbratowski’s twin sons, Peter and Andre, who continue the tradition of “Old World” Polish recipes and maple wood smoking. 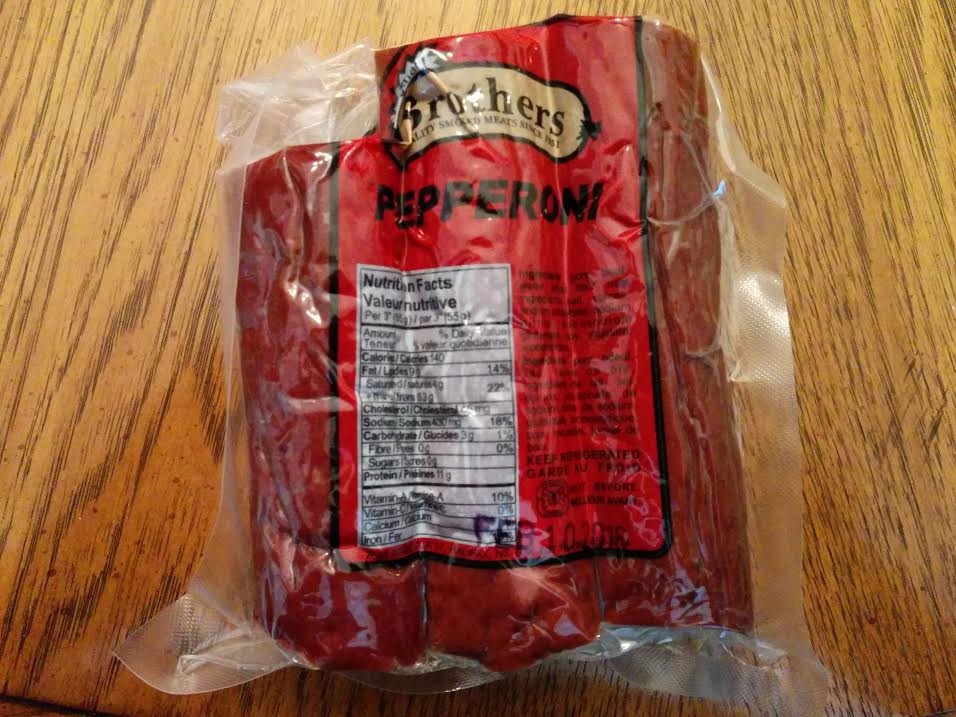 Chris Kielbratowski operated a large farm in Eastern Passage through to the late 70’s, which also produced European smoked meat products. In 1980, sons Victor, David and Rick took over the ownership and set up a facility/deli in Cole Harbour called Chris Brothers. In 2005 they sold the recipes/rights to Bonté Foods, who have national distribution. 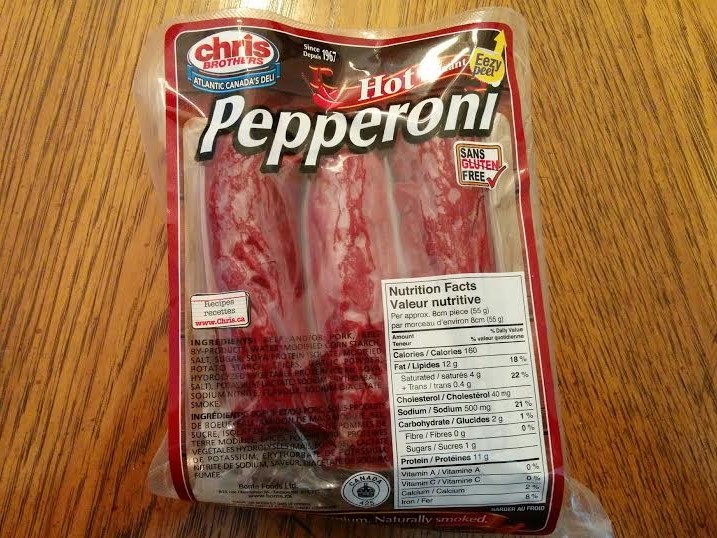 The original Chris Brothers family then opened 2 Boys Smokehouse, in the same location where their retail deli was for over 30 years. 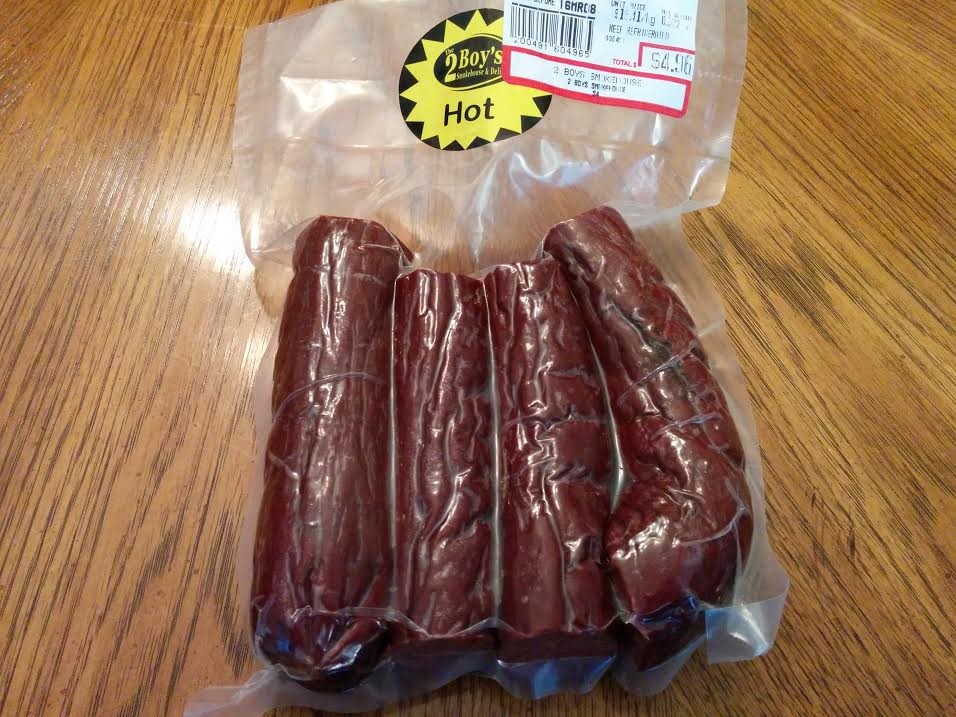 In Halifax you can get Original Brothers, Chris Brothers or 2 Boys pepperoni – all three of the same style and based on the same family recipe. This is the “Brothers-style” pepperoni of Nova Scotia.

Deep fried pepperoni is a common pub food in Halifax. It is served with honey mustard or a spicy mustard for dipping. 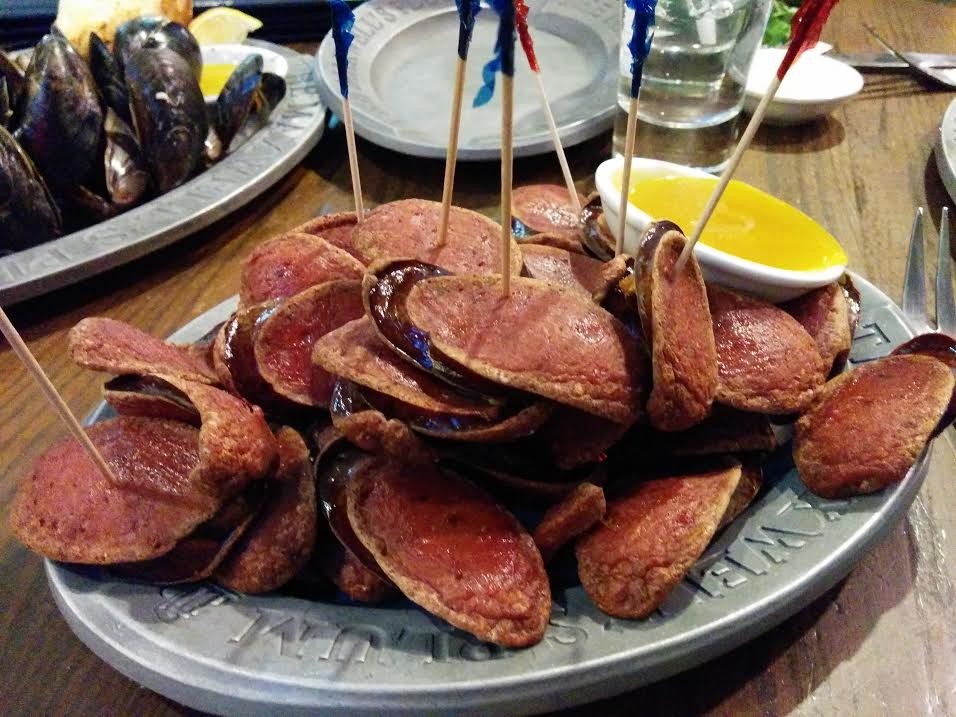 Surprisingly, Halifax pizza shops tend to use cheap salami-like pepperoni on their pizzas instead of the local stuff. Some shops offer it as a premium topping but it is not the standard.

Velo’s Pizza and Nayya Restaurant are the only places in Halifax that I know serve Brothers as their standard pepperoni. Manhattan Pizza lists it as a topping along with two other types of pepperoni; it is neither standard nor premium.

It is worth noting that Brothers-style pepperoni is the choice meat in Pictou County. This is one of the many reasons why Pictou County Pizza is considered to be superior to Halifax pizza. 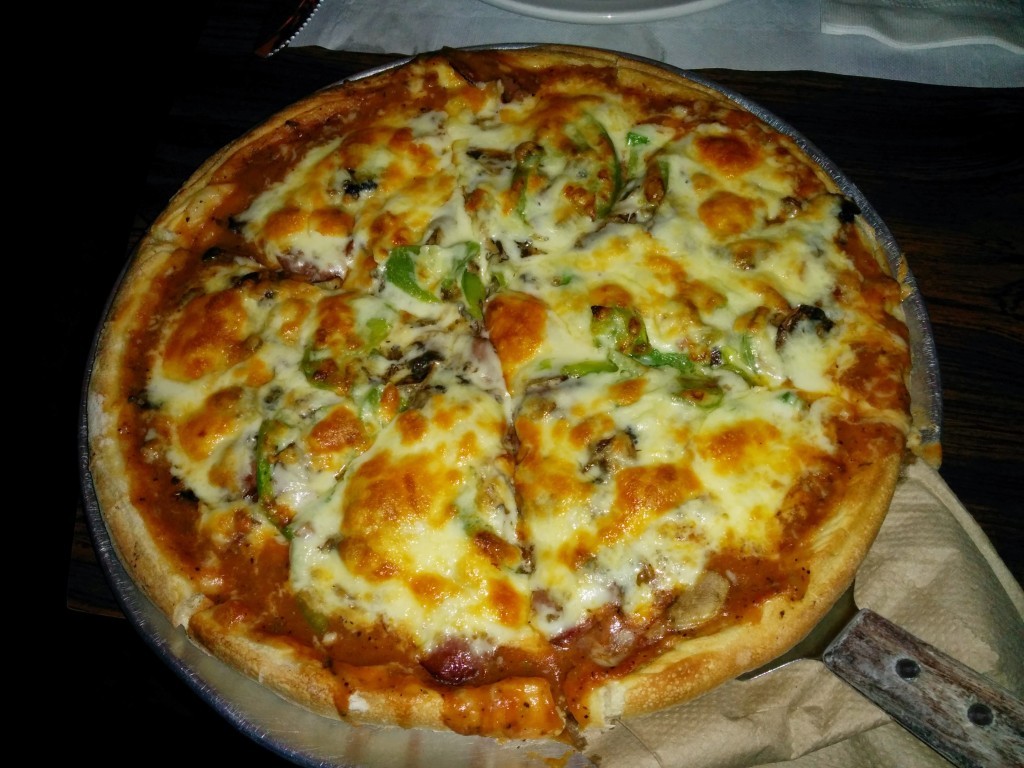 A number of Halifax pizza shops feature Brothers pepperoni on their menus in the form of deep fried pepperoni or pepperoni poutine.

So I held a blind tasting of the different varieties of Brothers-style pepperoni, as well as a few other local brands that came recommended. The pepperonis we tasted were:

At the end of the day, the tasting panel preferred the good ‘ol snap and taste of the classic Brothers-style pepperoni. 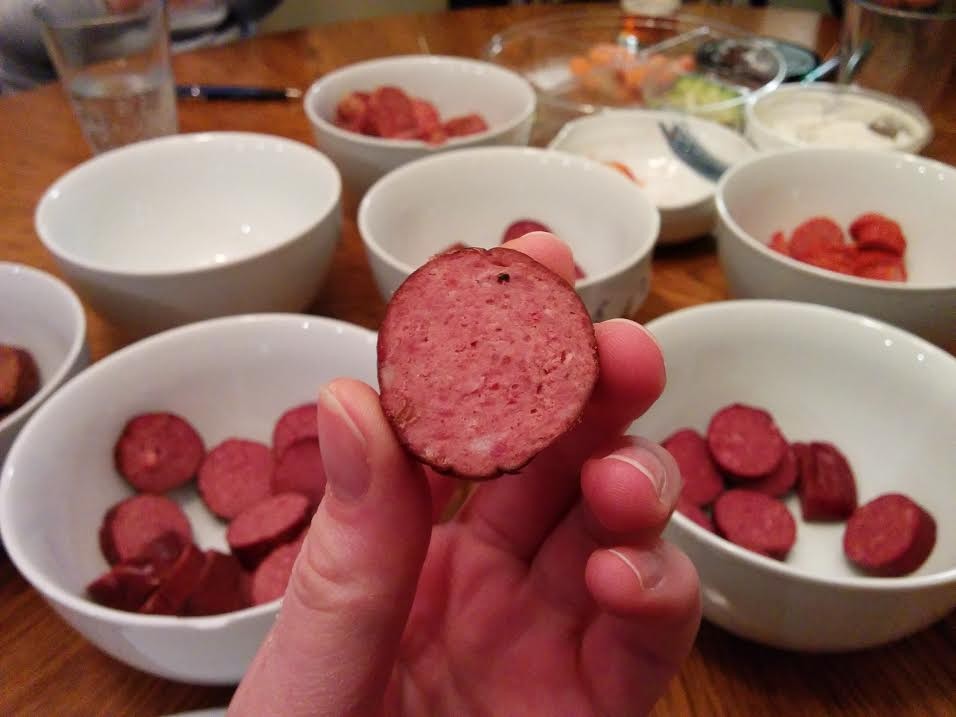 After analyzing the taste and ingredients of Chris Brothers and Our Compliments, I will hypothesize that Bonté foods makes the pepperoni for Sobey’s. Put together, this pepperoni trailed behind the Original Brothers by just a couple points. (It is worth noting that Chris Brothers and Our Compliments tied – and both had more points than the Original Brothers before it was consolidated with D & W).

What I can say is that the ingredient lists on the Sobey’s/Chris Brothers pepperoni are longer and have more additives. However, it all comes together to produce a flavour profile that appeals to many palates.

Original Brothers is also lower in fat, lower in sugar/carbs and higher in protein.

My tasting panel had mixed feelings about this pepperoni because it was very spicy and very salty. This was the hottest pepperoni of the bunch by far! It had undertones of other herbs and spices. This makes for a good pizza pepperoni – Salvatore’s, Tomavino’s and Bramoso use this.

You can pick some up at the Seaport Market or Historic Farmer’s Market. 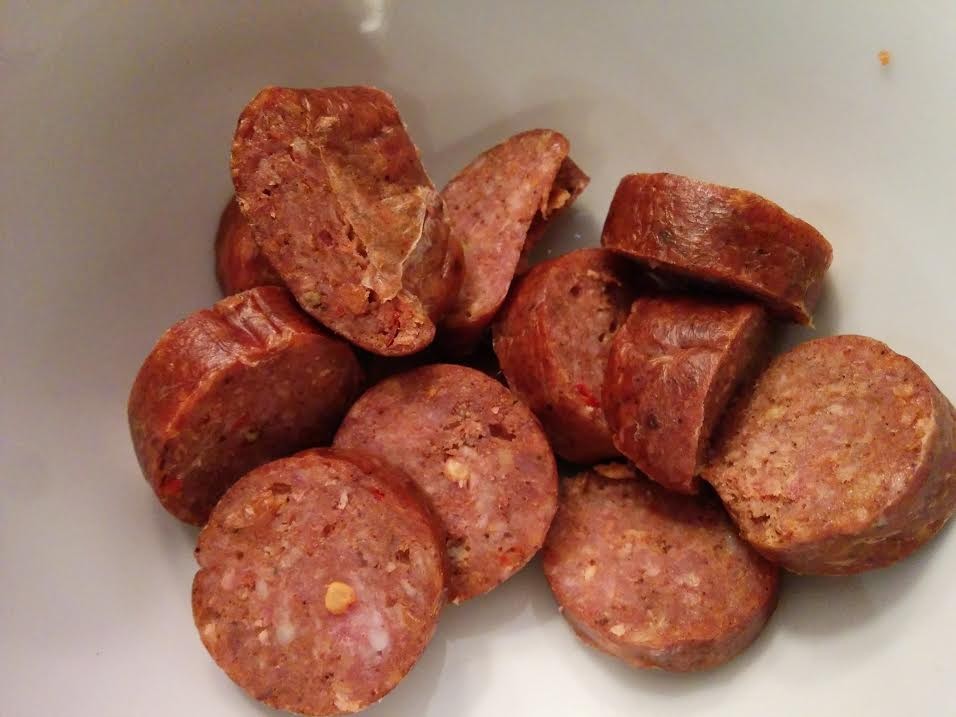 My tasting panel did not care for this pepperoni, mostly due to its very dense and cheese-like texture. It was also quite sour/tangy rather than hot & spicy, which you wouldn’t expect in a pepperoni. However this pepperoni has the most natural list of ingredients. It is 100% beef, and contains skim milk powder, red wine and a starter culture.

This is the pepperoni of choice at Mother’s Pizza. You can pick some up at Peasant’s Pantry in New Ross store or arrange to have some delivered to a Halifax pick-up on Tuesdays. 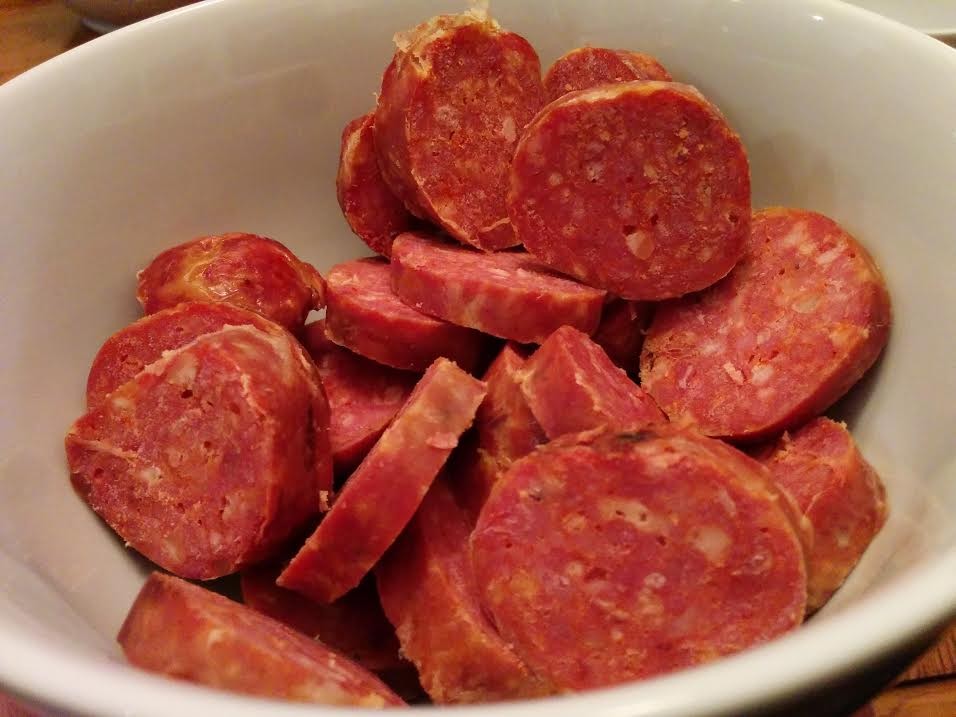 My tasting panel found this pepperoni to be mild, salty and ham-like but enjoyed its bouncy texture and zest.

I don’t know of any pizza shops that use Meadowbrook, but they have a long list of retail/restaurants where you can get their products, including their Alderney Landing shop. I think this is a good snack time pepperoni with some cheese. 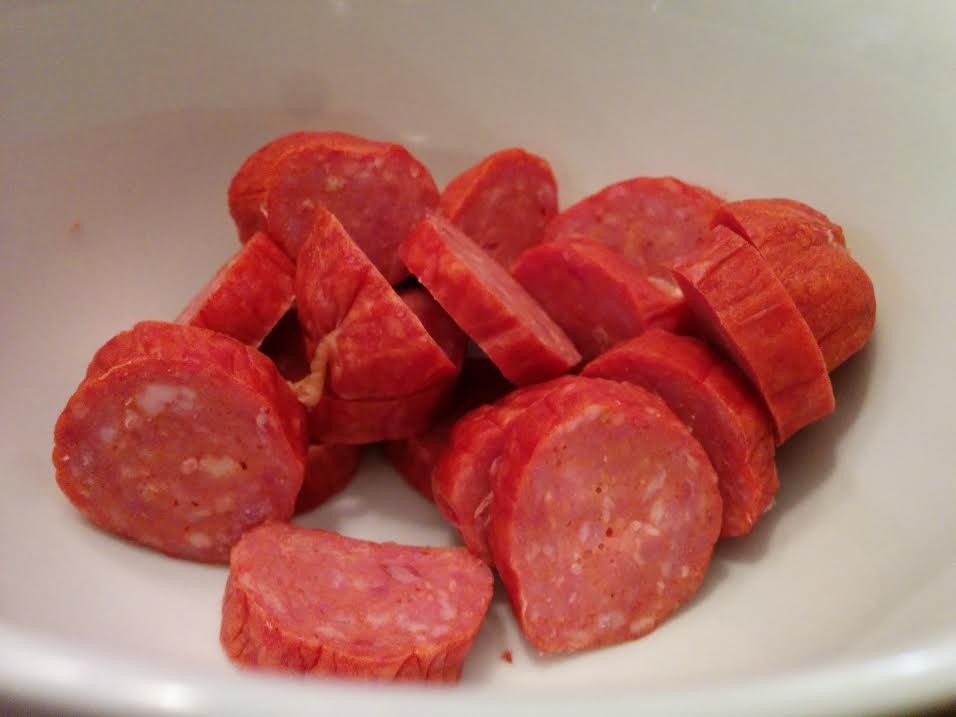