In celebration of Mi’kmaq History Month, the Mi’kmaq Nation flag is flying at the Nova Scotia RCMP headquarters building for the entire month of October.

‘It’s an honour and a privilege for us to be flying the Mi’kmaq Nation flag this month.

The flag is commonly referred to as the Santéé Mawióómi flag or the Grand Council flag. The white background denotes the purity of Creation; the red cross represents mankind and infinity four directions; the sun symbolizes the forces of the day; and, moon represents the forces of the night.

The RCMP has 97 Aboriginal members currently policing in the province and actively recruits from aboriginal communities on an ongoing basis. 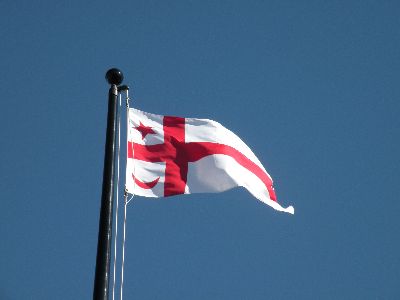