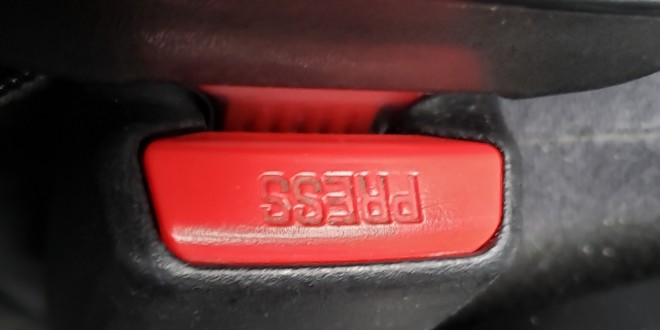 With the holiday season in full swing, Nova Scotia RCMP is reminding drivers that impaired driving and failing to wear a seat belt are completely avoidable and illegal. Neither are worth the risks.

Two of the four causal factors of fatal collisions that RCMP will be focusing on in December are failing to wear a seatbelt and impairment by alcohol or drugs. In December 2018, Nova Scotia RCMP charged 118 people for failing to wear a seatbelt. The seatbelt law has been in effect​ in Nova Scotia since 1985 but people continue to choose not to buckle up when getting in their vehicle.

“Whether you’re just travelling down the street or will be on the road for some time, drivers and occupants should make it a habit to put their seatbelt on as soon as they get in the vehicle. It’s an easy step to help prevent serious injury or death if you’re in a collision,” says S/Sgt. Jeff West, Nova Scotia RCMP Traffic Services.

Nova Scotia RCMP is committed to tackling impaired driving across the province and will be increasing enforcement throughout December as part of Operation Christmas, Nova Scotia’s annual road safety campaign. “You can expect to see us on the roads all times of day in various parts of the province,” says S/Sgt. Jeff West, Nova Scotia RCMP Traffic Services. In just one day in December 2018, we conducted more than 80 checkpoints to both deter and apprehend those who might be driving under the influence of alcohol, cannabis or other drugs.

In Nova Scotia, there are approximately 324 RCMP members with training related to drug-impaired driving, 42 of whom are Drug Recognition Experts (DREs). Also, 51 officers are trained to use the Dräger DrugTest 5000 Approved Drug Screening Equipment as another tool to detect impaired drivers by testing for THC and cocaine.

If you plan on consuming alcohol, cannabis or other substances that impair your ability to drive, plan ahead. Ensure you have a safe way to get home or can stay put.

Road safety is a shared responsibility. Please call 911 if you believe someone is driving impaired or is otherwise an immediate threat to public safety. Include as many details as possible, such as the location, direction of travel, vehicle description and license plate number.