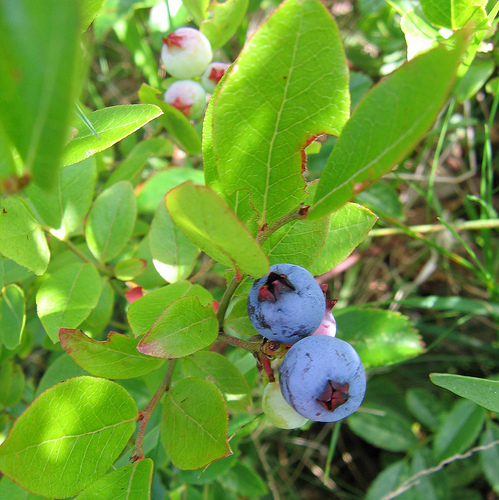 Next year there may be less of the small sweet berries that Nova Scotia is famous for in your Grandma's pies, grunts and cobblers.

Metro Halifax brings us news from the Wild Blueberry Producers Association of Nova Scotia's annual general meeting held on Saturday. The Department of Agriculture has requested an inquiry into why crop yields are on the decline in the province. Though demand for blueberries is still high, harvests over the past three years have dropped from 15 million kilos in 2009 to 12.7 million in 2011.

Peter Rideout from the Wild Blueberry Producers Association says that as of yet they have no clues as to what might be causing the drop in yields. He says that harvests in New Brunswick and Quebec are thriving. So why isn't Nova Scotia's?

Give us your input Haligonia: What could be causing the decline in our province's blueberry patches? Could it be blight? Soil issues? The need for crop rotation? Weigh in and give us your two cents.