Digby County RCMP have identified the human remains​ found on a beach in September.

On September​ 8, 2019, a body was found on the beach in Sandy Cove in Digby County. The RCMP worked with the Nova Scotia Medical Examiner Service and the​ remains have​ been successfully identified through DNA analysis. The deceased, a 43-year-old man from Saint John, New Brunswick, had been reported missing late last summer.

The investigation was included in an RCMP initiative in partnership with the New York Academy of Art to reconstruct the faces of Canadian unidentified human remains. For more information, visit: http://www.rcmp-grc.gc.ca/en/news/2020/rcmp-seeks-publics-help-identifying-reconstructed-faces.

The RCMP would like to thank the public for their assistance and retweets on social media. The circumstances of the death are not suspicious 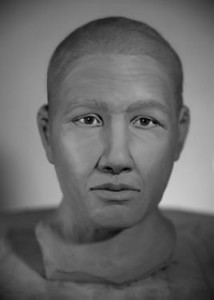 The public can help solve a missing persons case through a unique partnership between the Nova Scotia Medical Examiner Service, RCMP, National Research Council and the New York Academy of Arts.

A human skull found in Digby in September 2019 was one of 15 skulls from Canada that were reconstructed at the New York Academy of Arts Forensic Sculpture workshop last week. Students used clay to create facial reconstructions which were photographed and placed on Canada’s Missing, the national public website that features information on missing children, missing persons and unidentified remains cases.

A photo of the reconstruction is posted on the Canada’s Missing website. Anyone who may have information about who this person is are asked to contact the Nova Scotia Medical Examiner Service, Digby RCMP or Crime Stoppers. Individuals may also wish to send an email to the National Centre for Missing Persons and Unidentified Remains.

“We’re hoping that this reconstruction may help identify who this person was,” said Attorney General and Minister of Justice Mark Furey. “Seeing a face may prompt people to recall important information that could help identify this individual and solve their case.”

The National Research Council made its way to Nova Scotia late last year to perform a 3D scan of the skull found in the province. The scan was then printed and later turned over to the RCMP’s National Centre for Missing Persons and Unidentified Remains, which is leading the co-ordination of the facial reconstruction initiative.

Quotes:
“The RCMP is very pleased to be part of this unique partnership, which was made possible through the support and co-operation of many parties, including the Nova Scotia Medical Examiner. Our hope is that by unveiling the reconstructed faces on Canada’s Missing, someone may see a face they know.”
​ ​ ​ ​ ​ – Chief Supt. Marie-Claude Arsenault, officer in charge, Sensitive and Specialized Investigative Services, RCMP

“This partnership offers a unique opportunity for Canadians to take part in helping give these individuals a name. I encourage Nova Scotians to view the photo and where appropriate, submit a tip. Your contribution could help solve a mystery and help provide closure for families.”
​ ​ ​ ​ ​ – Dr. Matthew Bowes, chief medical examiner, Province of Nova Scotia

Quick Facts:
— facial reconstruction is a method used to identify unknown missing persons after traditional identification methods such as fingerprinting and DNA testing fail to provide a result
— skulls were selected based on their condition. No considerations were given to gender, race or circumstances of death
— while this skull was found in the province, it does not mean the individual was a resident of Nova Scotia
— Since 2015, four visual identifications have been directly attributed to facial reconstructions performed during the workshop
— people with more information can email the National Centre for Missing Persons and Unidentified Remains at canadasmissing-disparuscanada@rcmp-grc.gc.ca .