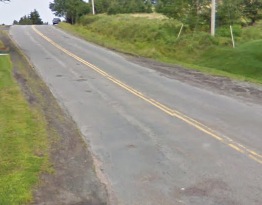 
View Larger Map
As a result of an investigation into this complaint,  an off duty RCMP
officer  has been charged with Operating a Motor Vehicle while
impaired.

On April 4th, 2010,  Lunenburg County District RCMP, received a call
from a witnesses reporting a vehicle had gone off the road by Risser’s
Beach. Witnesses reported the driver was intoxicated by alcohol, and had
identified herself as a police officer with the RCMP.  Prior to police
arrival at the scene, the vehicle was pulled out of the ditch and the
driver departed the area.

The RCMP located the parked vehicle in Conquerall Bank, Lunenburg
County, however, the driver was not with the vehicle.  After searching
the local area, the driver was located and arrested without incident.

Catherine Frances Mansley (aged 43) has been charged with Impaired
Operation of a Motor Vehicle. She is scheduled to appear in Bridgewater
Provincial Court on June 9th, 2010 at 9:30 AM